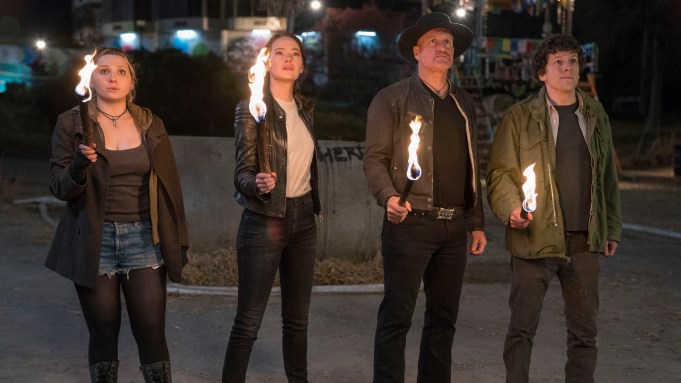 The trailer was released today for the film, which has an October 18, 2019 release date, and shows the the team has lost little of its chemistry that helped make the original a cult hit (and a box office score too with a $100 million-plus global gross).

In the sequel, Tallahassee, Columbus, Wichita, Little Rock have evolved over the past decade but so have the many new kinds of zombies they must face. They also meet up with a new batch of survivors as the likes of Zoey Deutch, Rosario Dawson, Luke Wilson and Thomas Middleditch join the party, which now stretches from the zombie apocalypse-decimated American Heartland all the way to the Oval Office.

The makeshift family must deal with their changing dynamic as Breslin’s Little Rock runs away with a new dude, a hippie named Berkeley (Avan Jogia).

Gavin Polone is producer of the new pic, and Wernick, Reese, Rebecca Rivo, Fleischer and David Bernad are executive producers.