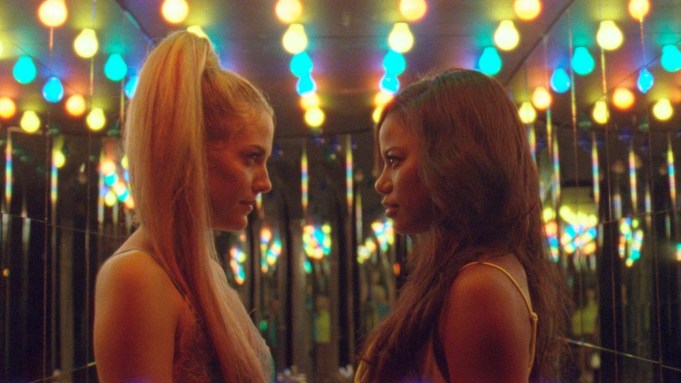 Teasing a theatrical release with an energy reminiscent of previous A24 releases like Spring Breakers and Uncut Gems (with a dash of The Florida Project), the specialty distributor has uncorked the trailer for Zola.

The 2020 Sundance competition title, which was originally slated for a summer 2020 debut before Covid-19 brought everything to a halt, is due in theaters June 30. Janicza Bravo directed Zola and co-wrote it with Jeremy O. Harris. (Check out the trailer above.)

The film centers on the dynamic between the title character, played by newcomer Taylour Paige, and Stefani (Riley Keough). It is based on a 2015 Twitter thread that took the internet by storm despite being only 148 words long. The tweets were by A’ziah King, who was then a 20-year-old Hooters waitress. She wrote about her chance encounter with a stripper and the resulting two-day Florida road-trip bacchanal involving prostitution, murder and a violent pimp known simply as Z.

There’s not quite a Thelma-and-Louise-style bond between the characters, though — instead, an uneasy suspicion drives the action. “You wanna hear a story about how me and this b—h fell out?” Paige’s character asks in a voiceover early in the trailer. “It’s kinda long, but it’s full of suspense.” Later, when Stefani is shown in freeze-frame, Zola advises the audience, “From here on out, watch every move this b—h makes.”