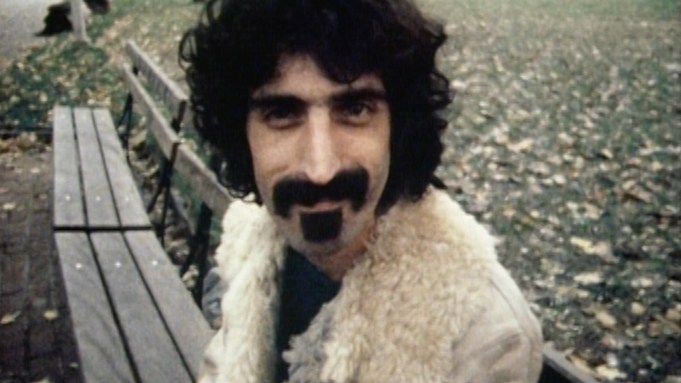 A new film documentary on the incomparable Frank Zappa will be released over the Thanksgiving Weekend, and its first trailer is out.

Billed as an intimate and expansive look into the innovative life of the iconic — and iconoclastic — musician and artist, the pic was made with unfettered access to the Zappa family trust and all archival footage. It explores the private life behind the  musical career that never shied away from the political turbulence of its time, particularly when it came to the controversial practice of warning labels on recordings.

“Alex Winter has created an amazing documentary,” said Magnolia President Eamonn Bowles. “Zappa is an incredibly nuanced and compelling look at the visionary iconoclast and the environment that formed him.”

Added Winter, the former child actor who helmed the recent docu Showbiz Kids, “This is the most ambitious project I’ve ever worked on, with a couple years of archival preservation in addition to several years to make the film itself. This isn’t your typical music doc but rather a multi-faceted narrative that aims to bring this complex artist to life. Magnolia, with its long and distinguished history of platforming great cinema, is the perfect home for Zappa.”

The Zappa deal was negotiated by Magnolia EVP Dori Begley and SVP Acquisitions John Von Thaden with CAA Media Finance on behalf of the filmmakers.