Continue to Deadline SKIP AD
You will be redirected back to your article in seconds
Skip to main content
March 11, 2020 5:00am 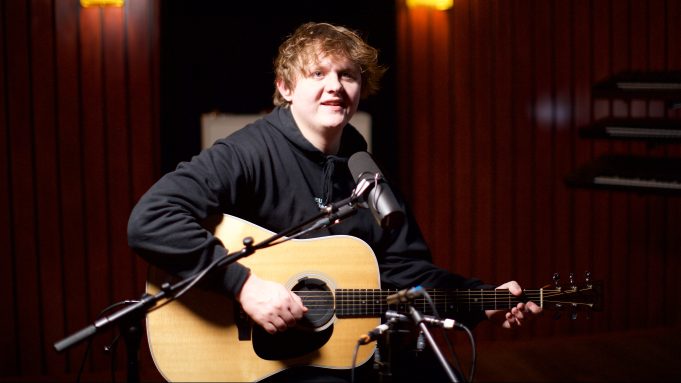 EXCLUSIVE: YouTube is planning to build a returnable original series around the idea of music artists recording cover versions of songs that topped the charts on the day they were born. The Google-owned video platform is kicking off the Birthday Song franchise with an episode featuring British singer-songwriter Lewis Capaldi, who will cover the Chemical Brothers and Noel Gallagher hit “Setting Sun.”

The format is produced by British production outfit Electric Robin and was commissioned by Luke Hyams, YouTube’s head of originals in Europe, the Middle East and Africa. Hyams said he had good “gut feeling” about the idea and he hopes it will “spark a conversation” on YouTube and beyond.

“This allows us to have an artist do something entirely different than what we’ve seen them do before, create a new piece of unexpected music, learn something new about their creative process,” he told Deadline. “Wrapped in that, I was fascinated to hear the early story of an artist. I’m interested in how their parents met, what was going on in the world around the time they were conceived and what their early life was like. This format allows us to do just that.”

Hyams said there is an “incredible appetite” for Capaldi on YouTube, where he has more than 2 million subscribers after recording No. 1 hits including “Someone You Loved.” The Scottish singer’s story also lent itself to the Birthday Song format, Hyams added, not least because Capaldi’s father had a vasectomy before he was born.

The musician has also had a public spat with Gallagher, who provided the vocals to Capaldi’s birthday song “Setting Sun.” Gallagher has called Capaldi “Chewbacca” and slammed his music for being too melancholy. Capaldi, meanwhile, has taken the barbs in good humor and wore a Gallagher T-shirt at Glastonbury last year.

“Hopefully someone will tag Noel Gallagher,” laughed Hyams, adding that Capaldi has turned the ravey rock tune “Setting Sun” into a “slow and sad” number, which may not please the Oasis co-founder. (Watch it above.)

Hyams referred to Birthday Song as a “franchise” and said that it performs well, YouTube will commission further episodes. “I personally don’t like to make a big decision about a show until I know what the YouTube community thinks of it,” he explained. The YouTube executive has researched other birthday songs and was brimming with ideas when talking to Deadline. Examples he listed included Miley Cyrus, whose birthday song is Whitney Houston’s “I Will Always Love You,” which was written by Cyrus’ godmother Dolly Parton. Dua Lipa and Stormzy have “Take That classics” “Pray” and “Never Forget” as their respective birthday songs, he added.

Birthday Song is one of 12 originals Hyams team is dropping this year and he thinks about his commissions as “that little something extra” on top of what YouTube creators and publishers are already delivering for the platform. He added that YouTube’s move away from scripted has resulted in an increase in commissions. “Scripted is incredibly expensive, as you know, so we’ve been able to stretch our budgets a bit,” he said.