Continue to Deadline SKIP AD
You will be redirected back to your article in seconds
Skip to main content
September 7, 2018 4:37pm
1Comments 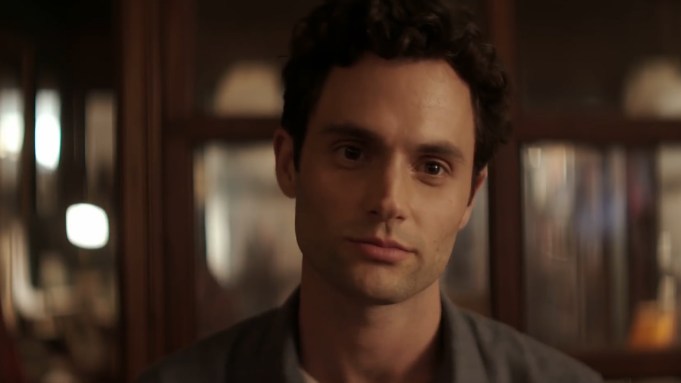 Already renewed for a second season before it even premieres on September 9 on Lifetime, the stalker fueled You is way more filler than killer and strives to find a consistent tone to fill its 10-episode first season.

This Penn Badgley and Elizabeth Lail starrer is the latest addition to Greg Berlanti’s TV empire but it actually would have made a far better big screen dark rom-com, from what I’ve seen. Lacking the forced constraints of a feature, the fact is so much of the NYC-based You doesn’t add up as it tries to pack in story between the clear set pieces.

Based on Caroline Kepnes’s 2014 novel of the same name and co-created with Sera Gamble, You rolls out the Gossip Girl vet as a creepy bookstore employee who becomes unhealthily obsessed with a poet to be, portrayed by the Once Upon A Time actor.

With Badgley’s ensuing stalking and the realization that Lail’s Beck might not be so perfect after all., the show gets trapped in dead letter office discussions about the privacy pitfalls of social media. It also spends far too much time weighing the judgement of friends, including a rather good Shay Mitchell of Pretty Little Liars fame, to come between what Badgely’s Joe envisions as his rightful place with Lail’s character.

Sapping a lot of the thrill out of the thriller format, we soon get it that nobody on the show likes Beck’s new friend and they don’t even have to listen to the near endless voiceover for Badgley like viewers will, as I say in my view review above.

Otherwise, You is full of serious warnings for our times but the often lovingly shot series doesn’t take seriously its own warning to be careful of perception and the consequences of not reading the cues. You can trust me on that.

Click on my video review of You about for more of my critique of the series. Tell us, will you be watching on Sunday?