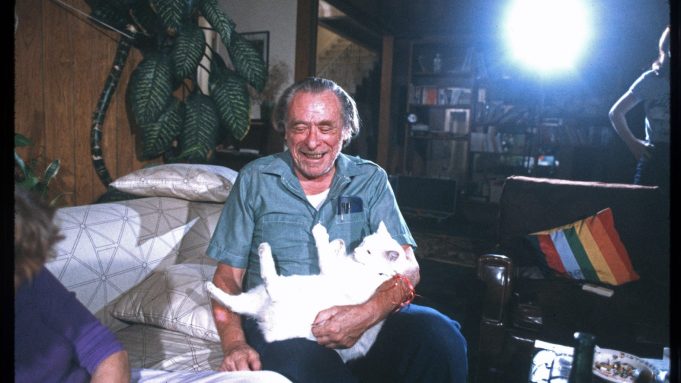 EXCLUSIVE: Here’s the new trailer for documentary You Never Had It – An Evening With Charles Bukowski, which will be released in North America on Kino Lorber’s Kino Marquee revenue share platform on August 7 to mark the centennial of Bukowski’s birth.

The distributor, which is releasing the film in collaboration with festival Slamdance, is lining up a virtual Q&A to accompany the virtual screening with special guests to be confirmed.

Matteo Borgardt directed the documentary, which features lost footage of the cult writer in conversation with Italian journalist Silvia Bizio in 1981. During the evening, the two and others, including Bukowski’s soon-to-be wife Linda Lee Beighle, smoke cigarettes, drink wine and engage in intimate conversations about sex, literature, childhood and humanity.

Bizio found the video of the interview in her garage in 2014, some 20 years after Bukowski’s death. The interview was shot on U-matic videotapes, which have been digitised and edited with new Super8 footage of Downtown Los Angeles as a backdrop to Bukowski reading poetry.

U.S. markets set to virtually ‘launch’ the film next month include New York, Los Angeles, Philadelphia, Portland, Minneapolis, Kansas City, Fort Worth, Albuquerque, Ann Arbor, Berkeley, Cleveland and Columbus.
The feature originally debuted at Venice in 2016 and played at Slamdance in 2017 but didn’t have a broader release.