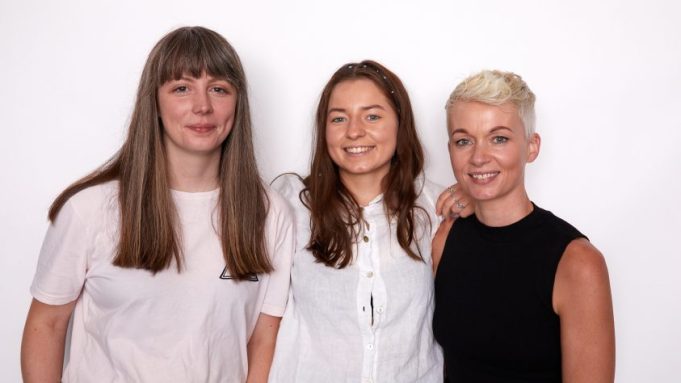 Ireland is often affectionately referred to as the “land of saints and scholars.” But it’s also a land of folklore and myth, some of it involving entities of a malevolent stripe.

Baleful forces make their presence felt in the horror film You Are Not My Mother, premiering in TIFF’s Midnight Madness section. The film marks the feature directorial debut of Irish native Kate Dolan.

“Growing up, I would still hear all the myths and legends and folklore,” Dolan noted as she dropped by Deadline’s TIFF Studio in Toronto. “But when it’s represented, that kind of folk horror, on screen, I would always find it was like, ‘A cabin in the woods and you anger the scary things in the woods.’ That wasn’t my experience growing up. You still heard all the superstitions and folklore but you’re in a very urban environment but it’s still scary, so that was something I wanted to bring to the film.”

Dolan wrote the screenplay, setting the action not in the woods, but in a highly populated area. In her tale, a woman with a history of mental problems goes missing, to the alarm of her sensitive young daughter Char (Hazel Doupe). When the mom, Angela (Carolyn Bracken) returns, something abut her is off.

“Things kind of take a more sinister turn as her behavior becomes more strange and unusual,” Dolan said. “And some supernatural elements reveal themselves.”

Bracken and Doupe are winning praise for their performances in the taught horror story. Among their chief tasks as actors was to convincingly portray mother and daughter.

“Kate had a chemistry test with myself and Hazel,” Bracken recalled. “You just strike lucky sometimes, or Kate saw something in the way the two of us interacted together… In terms of personality we just get along. And I think we have similar senses of humor and I think that lent itself to our relationship and transferring that onto the screen.”

Doupe, 18, has been appearing on film and TV for over a decade already. The role of shy and anxious Char represented a departure for her.

“It was a lot of fun to go to places that I’d never really been before,” Doupe said. “I’ve kind of played like strong, stand-alone people who take up space and aren’t afraid to. So, it was really nice to go the opposite way and follow that arc.”

Doupe sums up You Are Not My Mother this way: “I suppose it is at large like a family drama with elements of dark horror and folklore.”

Watch the stars and director discuss their eerie film by clicking on the video above.