Continue to Deadline SKIP AD
You will be redirected back to your article in seconds
Skip to main content
August 24, 2021 10:30am 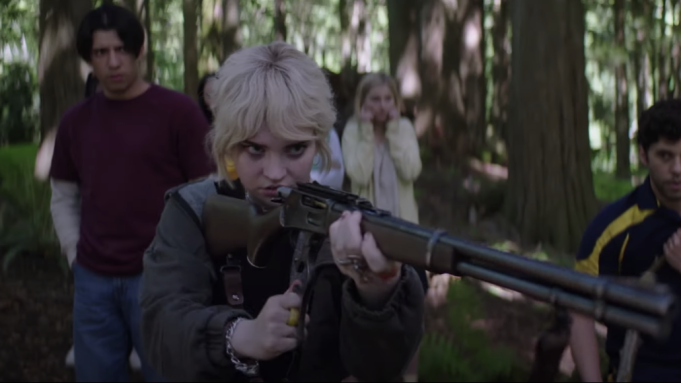 During its TCA presentation, Showtime unveiled the first look at Yellowjackets. Written by Ashley Lyle and Bart Nickerson, the series is a saga of a team of wildly talented high school girls soccer players who become the (un)lucky survivors of a plane crash deep in the remote northern wilderness. The series chronicles their descent from a complicated but thriving team to savage clans, while also tracking the lives they’ve attempted to piece back together nearly 25 years later, proving that the past is never really past and what began out in the wilderness is far from over.

“I used to think all the sex, the drinking, the drugs – I used to think I did those things because of what happened out there. What I saw, what I did,” Lewis’ Natalie recalls in the trailer.

A pact of secrecy, disturbing images of survival and rising tensions fill the teaser as the girls’ past catches up to them.