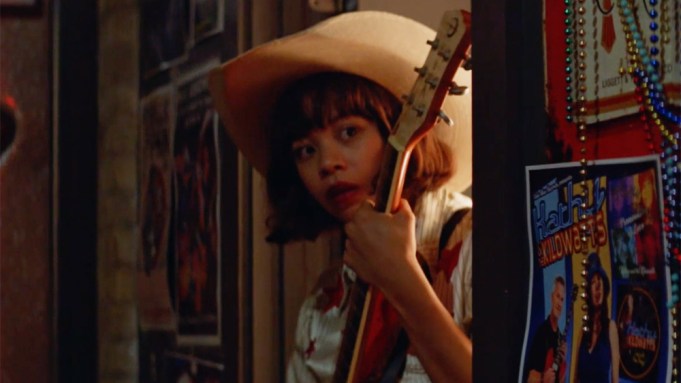 EXCLUSIVE: The first trailer for Diane Paragas’s Yellow Rose has been released and it puts a spotlight on Tony Award-nominated Hadestown actress Eva Noblezada, who stars in the musical drama as a headstrong Filipino girl from a small Texas town who fights to pursue her dreams as a country music star while facing the threat of deportation.

Yellow Rose marks Noblezada’s big-screen debut. The actress, who stars in Hadestown which recently triumphed at the Tony Awards, leads a cast that includes Broadway icon and Tony Award winner Lea Salonga, country music star Dale Watson and Philippine actress Princess Punzalan. As seen in the trailer above the film tells a very relevant immigrant story while being dipped in Texan country soul. The film features original songs written, composed and performed by Noblezada and Watson. Paragas also wrote and composed the music which includes the song “Square Peg” as well as “Quietly Into the Night.”

“We’re excited for everyone to finally see the first images of Yellow Rose. Throughout our screenings, we’ve been touched by how the film resonates with so many different people no matter their background,” said Paragas. “We look forward to bringing our film to a wider audience in the months to come.”