Continue to Deadline SKIP AD
You will be redirected back to your article in seconds
Skip to main content
September 30, 2020 1:43pm 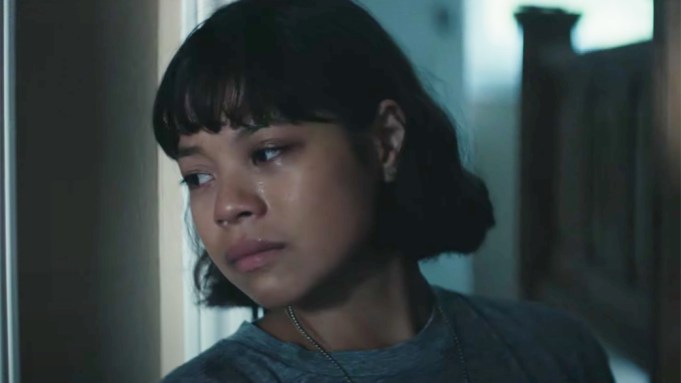 EXCLUSIVE: In a new clip from the forthcoming musical drama Yellow Rose from Diane Paragas, we are immediately immersed into an intimate moment where Tony-winner and Grammy-nominee Lea Salonga (Mulan, Aladdin) is singing the classic Filipino song “Dahil Sa Iyo (Because of You)” to her child as a lullaby while Grammy-winner and two-time Tony nominee Eva Noblezada (Broadway’s Hadestown and Miss Saigon) tearfully listens outside — it’s definitely a moment of the film that will tug at your heartstrings.

Yellow Rose marks Paragas’ narrative feature debut and follows a Filipino teen named Rose (Noblezada) who is from a small Texas town. She fights to pursue her dreams as a country music performer while facing the threat of deportation. As Rose flees, she looks to her aunt (Salonga) for help and stays with her as she figures out her next move. The film also stars Princess Punzalan (Mula Sa Puso), Dale Watson (Friday Night Lights), Gustavo Gomez (The Walking Dead), Libby Villari (Boyhood) and Liam Booth (Ghosts Never Sleep). The film, directed by and starring Filipino women, is one of the first major studio releases to address the timely topic of the immigration experience in America from a Filipino lens.

The film made its debut last year at the Los Angeles Asian Pacific Film Festival (LAAPFF). Deadline exclusively reported that it was acquired Sony Pictures Worldwide. Sony Pictures and Stage 6 Films will debut the film in theaters on October 9, just in time for Filipino American History Month. Check out the poster below.