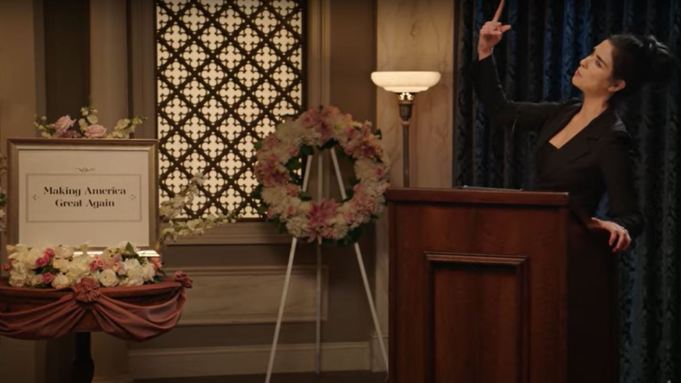 ‘We have gathered all you ladies here today because 2020 — was a triflin’ ho.”

Can we get an amen?

In fact, we can. Amazon Prime Video has set Yearly Departed, an hourlong comedy special/funeral titled in which some top female comics “lament” the Cruelest Year and its impact on society. Hosted by Phoebe Robinson, it stars Rachel Brosnahan, Tiffany Haddish, Patti Harrison, Natasha Legerro, Sarah Silverman, Natasha Rothwell and Ziwe. It premieres December 30 on the streamer.

The special plays out as a funeral for the year, with the comedians delivering eulogies about what we’ve lost this year including casual sex, TV cops, wearing pants and everything in between. After a year of societal upheaval, plague, murder hornets and banana bread, Yearly Departed will give 2020 the huge shove-off it deserves.

A couple of sample gags: Silverman bemoans “the fear that at any moment, the nuclear codes could end up on Twitter.” Adds Legerro: “After being quarantined for eight months, I was ready to reach down, tie my own tubes and double-knot that sh*t.”