Continue to Deadline SKIP AD
You will be redirected back to your article in seconds
Skip to main content
February 8, 2021 1:25pm 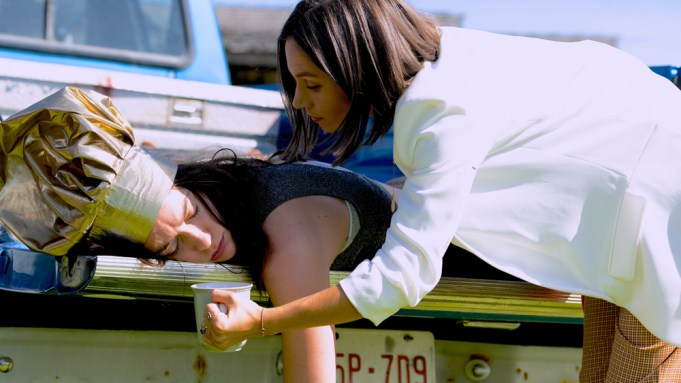 “My whole life has been a curse. All I want, is to stop feeling guilty for what I am, when what I am is necessary.” The trailer for the final six episodes of Syfy’s Wynonna Earp begins with those words from Wynonna, played by Melanie Scorfaro, herself.

The trailer follows last week’s announcement that the cult favorite supernatural Western series based on Beau Smith’s IDW comic will conclude its run at the end of the current fourth season.

Wynonna Earp follows Wyatt Earp’s great granddaughter (Scrofano) as she battles demons and other creatures. With her unique abilities, and a posse of dysfunctional allies, she’s the only thing that can bring the paranormal to justice.

As the trailer reveals, Wynonna appears to be on a quick downward spiral, much to Waverly (Dominique Provost-Chalkley) and Nicole’s (Katherine Barrell) dismay. “We’re really worried about you,” says Waverly. “You’re hunting all the time. You’re not really sleeping.”

“I’m totally sleeping,” says Wynonna, to which Nicole replies, “No, you’re passing out. That’s not the same thing.”

The trailer shows Wynonna in a spiral, killing demons, getting drunk, hooking up, and passing out, all with Peacemaker back by her side.

The trailer ends on a happy note though, with Nicole Haught (Katherine Barrell) trying to come up with a hashtag for her wedding to Waverly (Dominique Provost-Chalkley). In a nod to fans, she suggests #WayHaught, the tag fans have adopted for the couple.