Continue to Deadline SKIP AD
You will be redirected back to your article in seconds
Skip to main content
August 30, 2019 11:25am
1Comments 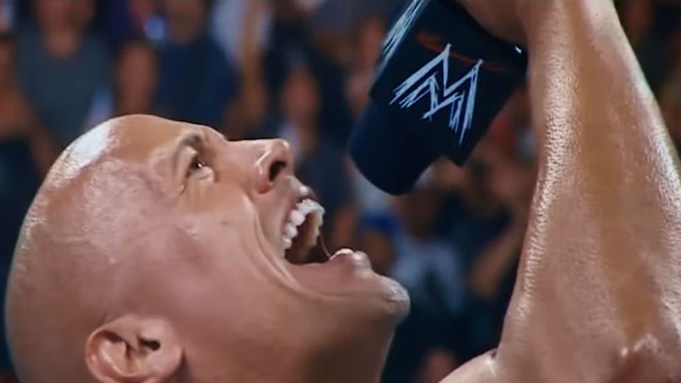 A waiter spots Stone Cold Steve Austin, glowers at him and hurls down his tray full of wine glasses. A tailgater leaps off a car’s roof and jackknifes a table. A girl wins a spelling bee — the word is “Submission” — and celebrates Becky Lynch-style.

Apparently, we’re all champions. And that’s the name of a new promo campaign for WWE’s Friday Night SmackDown!, which premieres October 4 on Fox. Watch the clip above.

Regular folks and wrestlers are interspersed with the likes of Snoop Dogg and Gordon Ramsay in the minute-long video. Also among the WWE stars are the Rock, the Undertaker, Ric and Charlotte Flair, Kofi Kingston and John Cena. Meanwhile, a grocery clerk, a kid on a diving board and a construction worker show off their best wrasslin’ moves — all set to the announcers’ breathless commentary.

And what that clothes shopper does to an unfortunate defenseless mannequin could get her arrested in multiple states.

The spot will premieres today during Big Noon Kickoff, FS1’s new college football pregame show. So tighten up your turnbuckle, cram into your most outrageous ring costume — slathered oil optional — and have a look at the “We’re All Champions” promo above. Demerits for tapping out early.