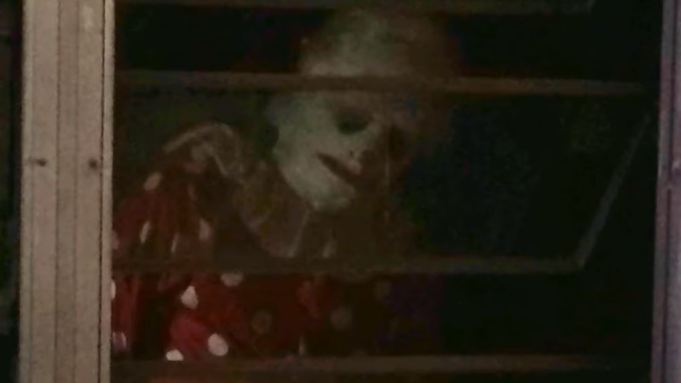 Amid the buzz about Joaquin Phoenix as The Joker and It: Chapter Two‘s menacing villain comes Wrinkles the Clown, an upcoming documentary from Magnet Releasing. Directed by Michael Beach Nichols, the pic is having its world premiere later this month at Austin’s Fantastic Fest. Magnet releases it in theaters and on-demand October 4.

Billed as the real story behind a real-life Pennywise, Nichols’ feature doc investigates the a phenomenon that began in late 2014, when a low-res video of a person in a clown mask emerging from underneath a sleeping child’s bed appears on YouTube and goes viral. The description below the video claims the clown is named Wrinkles, that he lives in southwest Florida, and that he’s been hired by the child’s parents to frighten her for misbehaving.

Soon, more mysterious videos of Wrinkles scaring children appear online, along with a phone number to hire him for “behavioral services,” leading to an influx of YouTube videos of kids filming themselves calling him — over 1 million messages are left at the number. But who is Wrinkles? The pic unmasks the man and myth-building (see Momo) in the Internet age.