Continue to Deadline SKIP AD
You will be redirected back to your article in seconds
Skip to main content
July 16, 2021 2:14am 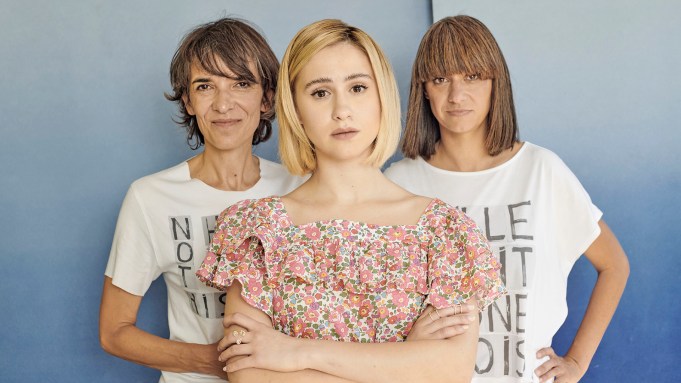 Borat Subsequent Moviefilm breakout Maria Bakalova takes the lead in Women Do Cry from her native Bulgaria, debuting at Cannes. And during a visit to Deadline’s studio at the festival, she said some aspects of this latest project are actually in line with Borat‘s themes.

“It’s been amazing,” she said, “because I can say there are a lot of similarities between even Borat and Women Do Cry. It’s all about women’s equality and against subjugating women, and we’re fighting for this.”

Bakalova actually began work with co-directors Vesela Kazakova and Mina Mileva pre-Borat. In this film she plays Sonja, a 19 year-old who discovers she is HIV positive, and has to navigate a new way forward with the help of her sisters.

“It’s funny,” she went on, “because it’s the 21st century, but we’re facing these problems in Bulgaria, the United States, probably in England, maybe in China, I don’t know, but it’s something we as a society, especially the film society having this platform, should work on. In our movie I’m happy to say that it’s a completely female driven movie… That’s the goal to make everybody feminists, because what is feminism? Equality at the end. With one word. And it’s beautiful and exciting.”

Mileva pointed out that also like Borat, Bakalova had to again put herself in extreme circumstances, including putting her in the middle of a real-life fire-walking ceremony meant only for men, and demanding to hold a village’s icon—an act strictly verboten for women.

“If we mention Borat,” Mileva said, “I should mention that we put Maria through quite hard circumstances as well, and she proved not only talented but extra good stamina and courage and bravery.”

Developed out of a story written by Kazakova’s twin sister Bilyana Kazakova, who also stars in the film, Women Do Cry also examines the latter’s real-life experience of post-natal depression.

“Of course it’s based on true events and true emotional memory,” the director said, “but we constructed a story for an ensemble piece for female characters. It came first from her because she had very deep and very long postnatal depression after she gave birth.”

“Although we are dealing with a really serious heavy subject,” Mileva added, “we want to view it as a comedy, I don’t know if it reaches that far, but it’s all the time aimed to put light in the tunnel and to end up in the solidarity and unity, the camaraderie of women.”