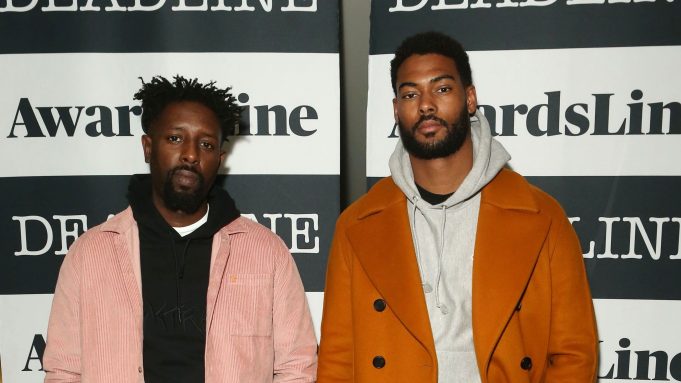 Before making his Cannes Jury Prize winner Les Misérables, director Ladj Ly had been thinking about the project for over 10 years.

Distributed by Amazon Studios, France’s Oscar entry for Best International Feature Film was inspired by the riots that occurred in the suburbs of Paris in 2005, which would long leave a mark on Ly’s own neighborhood of Montfermeil. “2005 was really…like a revolution for us, especially in these neighborhoods. The young people in these neighborhoods continue to be abandoned, continue to be forgotten,” the director told Deadline last night, following an Awardsline screening of the film. “For me, I find it important to be able to bear witness to what is happening there, because it really is a cry for help. That whole riot was really a cry to say, ‘Enough is enough.’”

“That was sad because we lost two kids. One was the brother of my friend,” co-star Djibril Zonga added. “We grew up together, so it’s going to be in our minds for [a] long [time].”

Also starring Damien Bonnard and Alexis Manenti, Les Misérables follows three members of Montfermeil’s Anti-Crime Brigade, who get caught up in chaos following a violent conflict with local youth. Based on Ly’s 2017 short film of the same name, the feature-length film emerged as a result of the cop watching and documentary filmmaking he had done following the riots.

“Cop watching entails watching the police officers and seeing their behaviors in these neighborhoods which are supposed to be ‘difficult neighborhoods.’ One day, I filmed a real police brutality, and that’s when it all started,” Ly explained. “That video that I filmed, I broadcasted it on the internet, and as a result, the two policemen who were involved in the brutality were suspended, and that’s the very first time that ever happened in France. When I saw the impact of these images and what could happen when you broadcast these images, I decided to start making my own fiction.”

Structuring Les Misérables around events that really occurred in his neighborhood, Ly’s biggest challenge with his narrative feature debut was finding the financing for it. “In France, it’s very difficult to make this sort of film, especially when it speaks of minorities and the projects. We started with our short film, thinking that by making the short, we would gain a lot of traction for making the feature-length, as well,” he shared. “In spite of the success of our short film, which was featured in over 150 festivals and earned a lot of awards, it was still difficult to make the feature-length one because of the subject matter.”

For Zonga, the greatest challenge came in finding a way into the character of Gwada—a corrupt member of the Anti-Crime Brigade, whose actions result in a riot. “He is between the youth and the police, because he grew up with them, and now, he’s like a traitor for them,” the actor reflected. “ I hated cops [growing up], and to play a cop, I think it was the biggest challenge for me.”