Continue to Deadline SKIP AD
You will be redirected back to your article in seconds
Skip to main content
September 2, 2020 3:14pm
2Comments 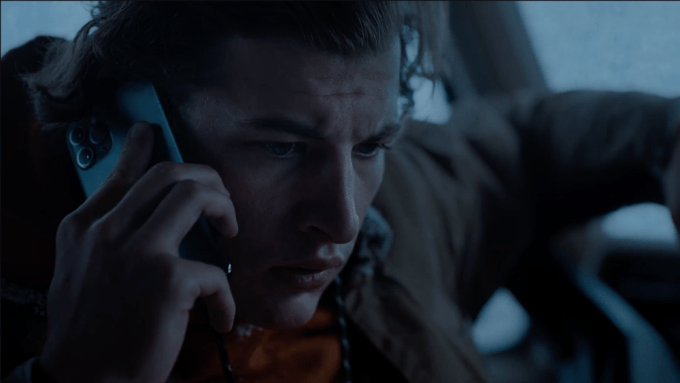 You know that feeling of panic when your phone’s battery is at 1% and there is no charger sight? Well, imagine that feeling and you’re trapped in the snow. That is exactly the level of anxiety that Tye Sheridan is feeling in the new trailer for the Quibi thriller Wireless created by Zach Wechter and Jack Seidman and executive produced by Steven Soderbergh.

In the new series, Sheridan plays a college student Andy Braddock who is heading to a New Years Eve party to try and win back the heart of his ex-girlfriend. While traveling through the Colorado mountains, his car hurtles into a ravine. He ends up stranded, wounded and has nothing but a dying cell phone as a lifeline.

True to Quibi’s innovative technology in “turnstile” storytelling, Wireless blends two narratives simultaneously. When you watch the series horizontally, you get a cinematic view and once you twist your phone vertically, you see Andy’s phone as your own. Footage of Wireless was featured at Quibi’s big CES unveil in January.

Watch the trailer above