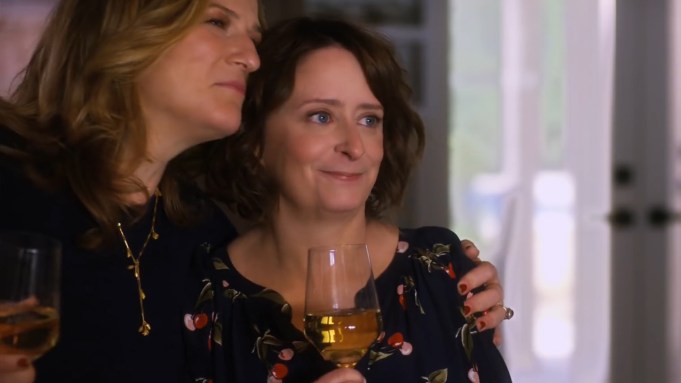 Amy Poehler is making her feature directorial debut in Wine Country, and she has taken it straight from her own life with a story about a group of 50-ish female friends who take a trip to Napa Valley to celebrate the occasion of one of the gang turning the big five-oh. This actually happened to Poehler, who also stars as the leader and obsessive organizer of the group which includes Saturday Night Live acting buddies Maya Rudolph, Ana Gasteyer, Rachel Dratch, Emily Spivey and Paula Pell all playing versions of women that could be alternate versions of themselves in some ways.

Poehler came up with the story along with screenwriters Spivey and Liz Cuckowski using their own Napa trip as a blueprint for laughs. These ladies take tours of the vineyards but are more interested in the wine tasting and comparing notes on their lives in middle age than learning anything about how the stuff they are constantly sipping was made. There is lots of outrageous fun along the way, and each of these talented women really gets a chance to wine and shine, showing off the sharp comedic timing they have displayed for years. Pell and Rudolph are real scene-stealers, but this is a vintage group that know how to play together on and, apparently off screen.

Poehler directs and clearly benefits from knowing the strengths of her perfectly chosen cast of friends. This group has taken many trips together, but the gorgeous Napa setting is the ideal backdrop for breezy fun in a vehicle that’s about as female-centric as it can possibly be, both in front of and behind the scenes. Along the way Tina Fey has some choice moments as proprietor of the stunning home they rent for the stay, as does Cherry Jones as a psychic with revealing Tarot cards, but this film belongs to this six-pack of stars who toss off comic bon mots with the best of them. Each is uniquely individual with their own quirks and dreams, and Poehler pulls it all together without ever letting the energy of the adventure wane.

Some of it feels improvised, which would be expected for a group of SNL vets, but that is only because these are pros who know how to make the dialogue and cracks jump off the page. The only real consistent male presence is provided by Jason Schwartzman as their van driver and tour guide, and he plays it with just the right droll touch, even hopping nonchalantly into bed one night with Poehler’s character. I doubt that happened on the real trip that inspired this reel trip. But though events are made up or exaggerated, the essence of the idea of true female bonding and friendship is ever there, whether it was on Saturday Night Live for these stars, or once all working as waitresses as Antonio’s Pizzeria for their characters.

Poehler has had experience directing in episodic TV but shows here that she can handle a bigger arena that could careen out of control in lesser hands. But it never does as she keeps it always grounded in reality — a girls trip that doesn’t need outrageous gags to get the laughs. Nothing wrong with big gags, but here the comedic gems flow easily just like the wine.

Producing in addition to Poehler is Morgan Sackett. Netflix opens it in limited theatrical play Wednesday before streaming begins Friday. Check out my video review above with scenes from the film included.

Do you plan to see Wine Country? Let us know what you think.