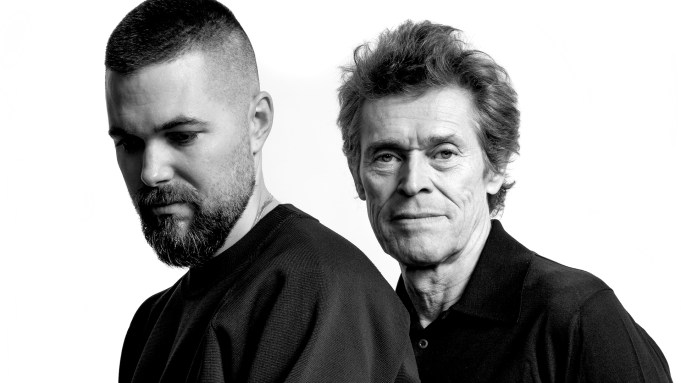 There will be few more original and zany movies on the awards circuit this year than Robert Eggers’ gothic horror The Lighthouse, the hypnotic and hallucinatory tale of two lighthouse keepers on a remote and mysterious New England island in the 1890s.

Willem Dafoe and Robert Pattinson star in the monochrome Cannes hit. Eggers and Defoe explained how they got involved in the movie during Deadline’s The Contenders London earlier event this month at the Ham Yard hotel.

“I saw The Witch [Eggers’ previous movie] and I said I’ve got to talk to this guy,” said four-time Oscar nominee Dafoe, who is worthy of at least another nomination with his latest film. “I met him and we agreed we wanted to do something together. A couple of years later, he was very direct. He came with a script and said, ‘You and Rob Pattinson, yes or no?’ I knew it wouldn’t be a studio movie. I knew it had this beautiful language which you seldom get to do in film, an elevated, poetic language, which was a challenge. I knew I’d have to grow this big bushy beard…This was an invitation to an adventure.”

Said Eggers said about the project’s genesis: “I was having dinner with my brother who said he was writing a script about a ghost story in a lighthouse. When it wasn’t working I asked if I could take a crack at it. I discovered a story about Smalls Lighthouse in Wales, from earlier in the 19th century, about two lighthouse keepers who became stranded in bad weather. It’s not the same story, but it inspired this story.”

A24’s The Lighthouse, which bowed last week in limited release, is expanding this weekend to about 500 more screens.