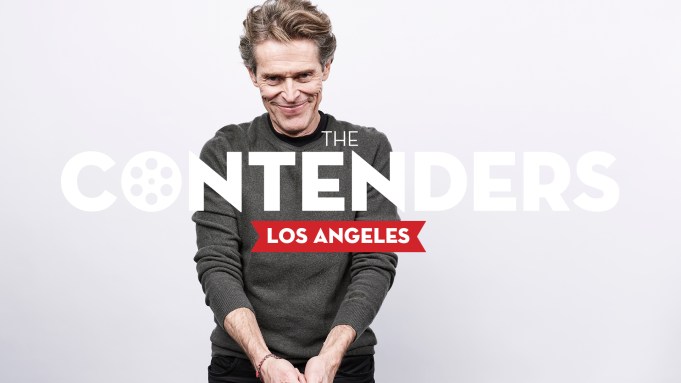 Willem Dafoe started out this awards season winning the coveted Volpi Cup for Best Actor at the Venice Film Festival, and he is in strong contention for several other acting prizes for his acclaimed performance as Vincent Van Gogh in Julian Schnabel’s At Eternity’s Gate. The film was the subject of CBS Films’ presentation this month at Deadline’s eighth annual The Contenders Los Angeles.

In front of a packed, invitation-only audience of AMPAS and key guild members at the DGA Theater, Dafoe explained how the experience of playing the great painter actually had the effect of changing the way he sees things now. The film, which explores the final years of Van Gogh, was shot in many of the actual locations where he painted, and the actor describes one such place where he got a very “strong feeling,” only to discover he was standing about 300 yards from where Van Gogh was actually buried.

Dafoe also said it was extraordinary working with Schnabel and actually learning how to paint from the director, who is an artist himself. He describes the idea of making this story come alive out in nature itself, with the silences and the scenery adding to his own immersion into the role.