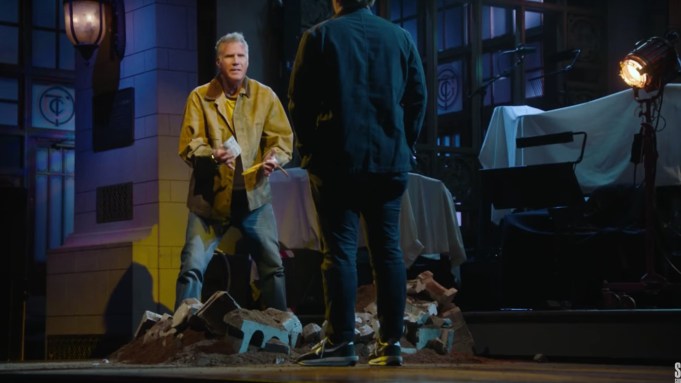 Will Ferrell digs into his SNL past in the latest Saturday Night Live promo. This week’s host is shown digging up the Studio 8H stage, explaining to a curious Beck Bennett that he buried a treasure there during his stint on the show in 1995.

The treasure? $500. “I thought it would triple by now,” says Ferrell. Responds Bennett, “That’s not how investing works.”

Ferrell returns to SNL this Saturday, marking his fifth time as host. His musical guest is King Princess. Check out the promo above.

NBC posted a teaser for the Ferrell episode yesterday.