Continue to Deadline SKIP AD
You will be redirected back to your article in seconds
Skip to main content
December 4, 2020 12:49pm
5Comments 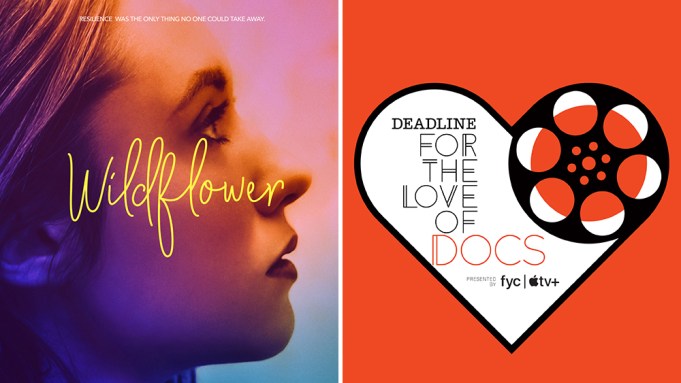 For his documentary directorial debut, Wildflower, Matt Smukler set out to tell the inspiring story of his niece Christina Stahl, a high school senior and classic overachiever who balances honors classes, sports activities and a full-time job. But what makes Christina’s story quite remarkable is that she also cares for both of her parents, Sheila and Mike, who suffer from brain injuries.

Smukler, who is married to Sheila’s sister, initially set out to make a video to go along with Christina’s college applications before discovering that there was a larger story to be told.

“It was really eye-opening for me,” said Smukler, who, up until the making of the docu, had limited interaction with Christina’s parents and wasn’t fully aware of the responsibilities that she was shouldering. “That was just mind-boggling to me because I’d never really — I sort of knew that she was in charge to a degree, but I didn’t realize that she actually was processing this in such a way that she realized that she was the parent here.”

Following the screening of Wildflower during Deadline’s For the Love of Docs event presented by AppleTV+, Smukler said that once Christina was ready to open up, it wasn’t difficult to get her parents on board to share their personal stories. “Sheila was just perfectly open,” said Smukler “and Mike too. It was really effortless.”

Sheila was born with half of her brain not functioning; has an IQ of “about 59”; and can’t read, drive or handle money. Mike suffered his brain injury in a motorcycle accident when he was a teenager.

Executive producer Paige Goldberg Tolmach immediately connected to what Christina was going through.

“My reaction to this was so emotional because I am a daughter and I am a mother,” she said, “and here I am at a point raising a teenage son while, quite frankly, at that point, I was also having to deal with some health issues with my own mother and was the person who had to take care of things and for my mother. So it was, it’s almost like a mirror.”

Goldberg Tolmach is no stranger to tackling topics that hit close to home. She directed and produced the feature documentary What Haunts Us, which focuses on her high school’s cover-up of the sexual abuse of many male students at the hands of the school’s coach in the 1980s.

For EP Matt Tolmach, “I was honestly humbled by what people do and the power of that very sort of primal instinct to take care of your children and take care of your parents,” said the producer of blockbusters like Jumanji: The Next Level, Venom and the forthcoming Spider-Man spinoff Morbius.

He continued, “It just rebooted the way that I look at other people. None of us know each other. You can’t stand in anybody else’s shoes, but we do spend so much time judging other people. And this movie just illuminated the power of what people are capable of, despite what you think, and how they step up.”