Continue to Deadline SKIP AD
You will be redirected back to your article in seconds
Skip to main content
July 24, 2019 10:26am
2Comments 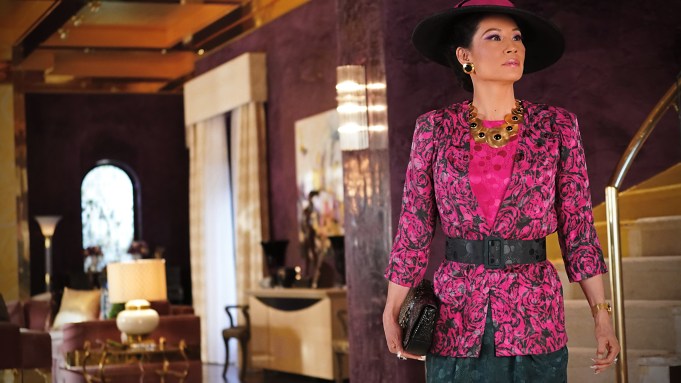 Seated at the dinner table, the tie-sporting man compliments his wife’s meatloaf and says, “Penny for your thoughts.” Instead he gets a hundred bucks worth: “I was wondering when you’ll die. You could be hit by a bus or have a stroke or gets stabbed in the chest.” During that exchange we see a clip of her catching his kissing a waitress. This is Why Women Kill.

Here is the first trailer for the darkly comic CBS All Access series from Desperate Housewives and Devious Maids creator Marc Cherry. The lines above are delivered by Beth Ann (Ginnifer Goodwin), a housewife in 1963 whose world revolves around her man (Sam Jaeger). Her sunny perspective changes when she learns of his affair.

They live in a house whose walls hold numerous secrets — many of which we’ll learn about as the series details the lives of three women living there in three different decades while dealing with infidelity in their marriages.

Lucy Liu stars as the ’80s-elegant, stylish, effervescent Simone, who is smugly superior but ultimately devastated when she discovers that her indulgent spouse (Jack Davenport) has been cheating on her — with a twist. And Kirby Howell-Baptiste is Taylor. Seen in 2018, she’s a fiercely intelligent, kick-ass lawyer who’s very protective of her husband (Reid Scott). And bisexual. They have an open marriage that seems to be working — and then Taylor’s latest lover (Alexandra Daddario) comes to crash with them for the weekend.

The series starts streaming August 15. Have a look at the trailer above, then glance furtively at your spouse, and tell us what you think.