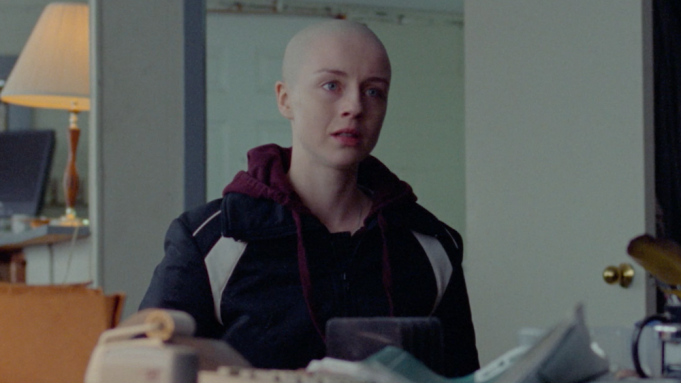 EXCLUSIVE: The feature White Lie joins the ranks of dramatic features that puts a seemingly innocent, yet low-key horribly delusional hero front and center who manages to scam people into giving her money because she makes them believe that she has a terminal illness. But in the clip above, her father sees through her lies which makes for some anger-driven tension.

The film, which was originally titled Baldy, stars up and comer Kacey Rohl (Hannibal, Wayward Pines, Arrow) as a university student who fakes the aforementioned cancer diagnosis for financial gain and her struggle to maintain her fabrication. Martin Donovan (Ned Rifle, Inherent Vice, Big Little Lies) stars as her father who can be seen in the clip above unapologetically calling his daughter out on her lies.

The feature was written and directed by Toronto-based Amy George and The Oxbow Incident duo Calvin Thomas and Yonah Lewis. Karen Harnisch served a producer and Playtime is handling international sales for the film. The film will make its world premiere at TIFF on September 7. Watch the clip above and the trailer below.