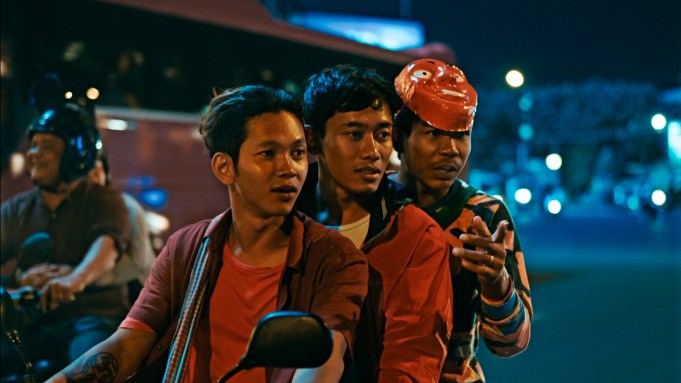 The Cambodian title, which will unspool in the Horizons strand, marks the feature debut of shorts director Kavich Neang.

Cambodian cinema is having a moment in the sun this year at Venice with another Cambodian film, sci-fi feature Karmalink, opening Critics’ Week.

White Building is naturalistic drama that follows 20-year-old Samnang and his group of friends in the eponymous White Building, a landmark tenement housing block in Phnom Penh. In this fast-changing city, the three boys practice their dance routine dreaming of TV talent contests while their parents lead a traditional lifestyle, all of them living in harmony. But the White Building is to be demolished. Samnang sees his father unsuccessfully attempting to bring together his divided neighbours around the government’s compensation offers for residents to move out, and has to face his best friend’s departure to Europe. Sam understands that the stable environment he has always called home is now on shaky ground.

Neang said: “Phnom Penh seems to change every day, but our memories remain. My family’s 2017 eviction from the White Building, an historic apartment block, made way for new casino developments. Like my parents’ generation, which suffered through Cambodia’s troubled past, my generation now carries the traumas of the present. Young people, like my film’s protagonist, Samnang, dream of something better in the new Cambodia. Yet larger decisions are still out of their hands, and parents like Samnang’s remain stubbornly tied to tradition. But this film allowed me to imagine again. The fiction frees Samnang from my own path. He wakes up from a long sleep. He recalls the past but charts his own future.”