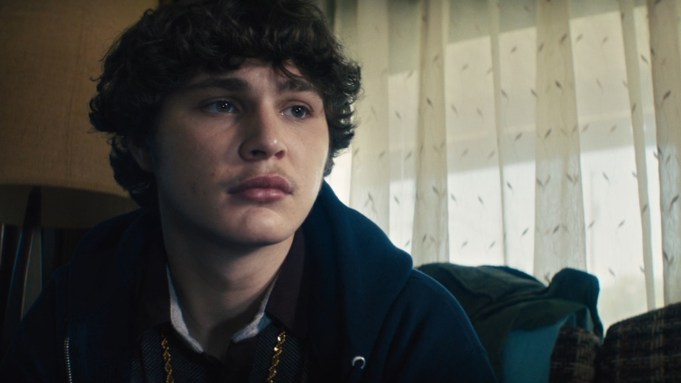 Yann Demange’s English-language debut film, White Boy Rick, is compelling stuff indeed. Coming off the Telluride and Toronto film festival debut circuit, this true story of a 14-year-old Detroit kid, Rick Wershe Jr., recruited in 1984 to be part of an undercover police operation to ferret out lowlife drug-dealing rings in a largely African American neighborhood, gets the ambiance and the feel of those times just right. As I say in my video review above, this is a rather incredible story that on the surface is about a teenage kid sucked into the unsavory world of crime by shady elements of law enforcement, but beneath it all a riveting story of family — even one that hardly can be compared to The Brady Bunch.

Matthew McConaughey is terrific as Rick Wershe Sr, a small-time con under surveillance for running guns and using his son to help out.  In return for his dad not going to jail, Richie Jr (newcomer Richie Merritt) goes all-in with the plans of FBI agents Jennifer Jason Leigh, Rory Cochrane and narcotics detective Brian Tyree Henry to enlist him to infiltrate a local African American gang of dealers called the Curry Crew (with rapper YG and Jonathan Majors leading it), which he does with some success. It leads to a bad moment when he is shot by one of the gang and has a life-threatening encounter only to be sucked back in, eventually dealing himself and being double-crossed by the feds leading to prison time that has now added up to 30 years (he just got paroled in real life).

As things careen out of control, Wershe Sr. gets more involved in trying to stop it, as well as dealing with a drug-addicted junkie of a daughter played by the wonderful, soulful-eyed Bel Powley. Also part of the family are the grandparents, shady themselves, played by Bruce Dern and Piper Laurie in for a few scenes too. The real focus though is on Richie Jr. and his immersion into the sordid underworld set at the height of Nancy Reagan’s Just Say No campaign and the government’s crackdown on drugs, even though everyone from the cops to the mayor in this Detroit world seem corrupt by nature.

The fact that it is all true (however much liberty has been taken; the whole truth may not be up on the screen, but enough is)  makes it all the more fascinating and exciting to watch. Demange certainly knows his way around this kind of material — the script is by Andy Weiss and Logan & Noah Miller — and gets down and scummy with it all as Richie goes deeper and deeper into trouble. Merritt, at the film’s center, is outstanding in every part of his perilous journey into a legal abyss, while McConaughey (top billed but really supporting) is completely believable as a bottom feeder trying to be something of a loving dad while harboring dreams of opening a Blockbuster video store. The rest of the cast, which also includes  R.C. Cyler and Eddie Marsan, do well in an intensely entertaining and rather harrowing story of a family in a downward spiral in an unforgiving world.

Do you plan to see White Boy Rick? Let us know what you think.