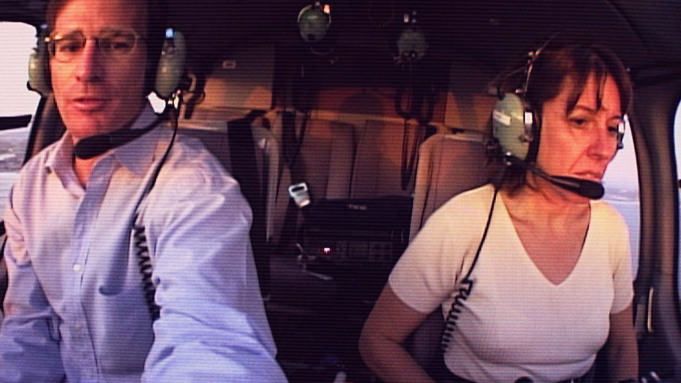 EXCLUSIVE: You might not know their faces, but if you lived in Los Angeles during the 1990s, you know their work. In fact, people around the world saw the reporting done by then-spouses Zoey Tur and Marika Gerrard — who forever changed broadcast news with their live coverage from a helicopter of monumental moments in the L.A. history, including the 1992 riots and the O.J. Simpson Ford Bronco chase in 1994.

Here is the first trailer for Whirlybird, a documentary about the couple who flew above history and recorded it for posterity.

“The history of Los Angeles is the history of my relationship with Bob,” says Gerrard about her former husband then known as Bob. Adds Tur: “It became this crazy romance in the middle of these crazy things that happened in Los Angeles.”

Through the meticulous digitization and restoration of their sprawling video tape archive, director Matt Yoka’s feature debut brings to life their candid memories and reflections delivered by the former couple and their kids, including their daughter, MSNBC’s Katy Tur.

The pic comes from A&E Indiefilms in association with Fishbowl Films, World of Wonder, Submarine Entertainment, Dxd and Steady Orbits. Diane Becker is the producer. Greenwich Entertainment acquired Whirlybird in February and will open it day-and-date August 6 in theaters and on demand. Check out the trailer above and the key art below.