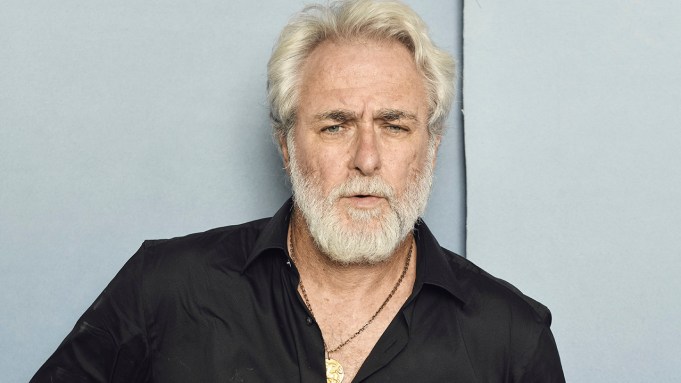 Screening Out Of Competition—to the bemusement of critics and its director alike—Ari Folman’s Where Is Anne Frank premiered to great acclaim at this year’s Cannes film festival. Adapted from the wartime memoir by the German-Dutch Jewish girl who died at the hands of the Nazis in 1945, Folman’s animated film uses The Diary Of Anne Frank as a starting point only, creating a dystopian futureworld in which Frank’s alter ego, Kitty, finds herself.

When he stopped by the Deadline studio Folman admitted that he had originally turned the project down. “I got the proposal eight years ago from the Anne Frank Foundation,” he said. “They wanted me to create an animated film from the original diary and all the archive of the family. I refused it immediately. I thought, ‘I have nothing new to say.’ And then I went through a process. I read the diary again, and I was shocked by the [quality] of the literature and the art form that this young girl created at the age of 13. And I also went to see my mother, who is a Holocaust survivor, and I told her that I’d received this offer from the Anne Frank Foundation. She told me, ‘Son, we never interfered in any of your decisions and choices, you and your sisters. But if you don’t take this project, I will die tonight in my bed and you can bury me on Sunday.’ So I took it. A nice Polish-Jewish way to take a decision!”

Folman also explained why the film is so different from the book. “It was important for me to break the ‘iconization’ of Anne Frank tremendously,” he said, “because Anne Frank was a real person, and we tend to forget it. And when you read not only the diary, but her short stories or essays, you see that she was a teenager, she was super-clever and smart, but she was also kind of mean and wicked sometimes, and funny. She had big issues with her mother, like a lot of teenage girls, and a lot of enviousness in the relationship with her older sister. And she had the power to observe adults and see their weaknesses and then attack them in the weak spots. She was a full person. She was much more than the icon.”

To hear more from Folman, check out the video above.