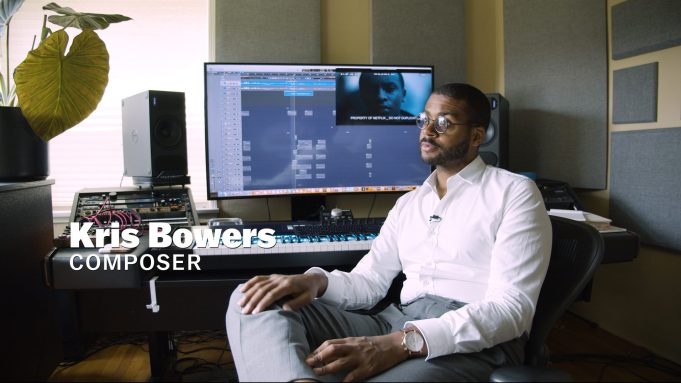 When composer Kris Bowers watched When They See Us for the first time, it affected him deeply, calling to mind aspects of his upbringing that he hadn’t thought about in years.

A Netflix miniseries created by Ava DuVernay, When They See Us tells the haunting story of the Central Park Five, five teens growing up in Harlem in the 1980s, who find themselves living a nightmare, when they’re falsely accused of raping and assaulting a woman in Central Park, and are forced to do time for someone else’s crime.

As Bowers explains in latest installment of Deadline’s Production Value video series—the last produced for Emmy Season 2019—what happened to the boys at the series’ center aligned precisely with his parents’ fears for their son. “One of their biggest fears is that something like this could happen to me—[that] I’d be at the wrong place at the wrong time,” the composer says. “It wasn’t until I started growing up and started to be in the world a little bit more that I actually saw what could have happened to me, essentially, had they not really pushed me into music, and pushed me into trying to do things to help me believe in myself.“

Thankfully, Bowers was pushed. Beginning his piano training at age 4, he continued to hone his skills as a musician in his time at several schools for the arts, before making his way to Juilliard. Later, the composer would record, perform and collaborate with the likes of Jay-Z and Kanye West, traveling to the White House in 2016 to perform at the International Jazz Day Concert. Working away quietly for a few years, crafting scores for documentaries and small indies, Bowers then hit on a pivotal juncture in his career.

That, of course, was Green Book, Peter Farrelly’s 2019 Best Picture Oscar winner, which told the story of the ultimate odd couple—legendary jazz pianist Don Shirley (Mahershala Ali), and the working-class Italian-American bouncer (Viggo Mortensen) who the artist engaged as his driver, on a tour through the ‘60s South.  Instantly bringing Bowers immense industry attention, the project was an involved one for the composer, who taught Ali how to play the piano and doubled for him in piano-playing close-ups, while also writing its score.

Then, there was When They See Us, which this year earned Bowers his first Creative Arts Emmy nomination. Putting music to a tragic, true-life story, which irrevocably altered the lives of five young men, Bowers sought out a sound that was “unplaceable,” “animalistic,” “broken” and “ghostly,” all at once.

Crafting a score that featured piano, strings, “aleatoric” string effects, saxophone and trumpet, Bowers used multiple techniques to get to the sound he had in mind. “One of the things that I would do is first, have each musician play things that are just not musical on their instrument, or play their instrument in ways that already sounded a bit weird or broken,” he explains. “Especially with the cello, doing all kinds of extended techniques to create sounds that are closer to ‘sound design’ than music.”

Manipulating his score with delays and a panning effect, Bowers also relied on a plug-in called Little AlterBoy—used within Pro Tools and other digital audio workstations—which “detuned” the music, but did more than just change its pitch. “It also starts to almost digitize it, or create these breaks in sound,” he explains, “where a sound that was constant all of a sudden has these weird stutters in it, and things like that.”

On the fast track to industry accolades and more, Bowers feels “like the luckiest man alive sometimes,” as someone with the privilege to do what he loves for a living. But for the composer, whose slate of projects seems to grow by the day, the most meaningful experience is contributing to stories that “make people think, make people talk, make people change the way that they might approach their lives or situations,” he says. “So, the fact that I’ve been able to not only make a career out of this, but make a career out of doing projects like this, makes me feel incredibly lucky.”

For a firsthand look at our conversation with Bowers, click above.