Continue to Deadline SKIP AD
You will be redirected back to your article in seconds
Skip to main content
June 11, 2019 5:59pm 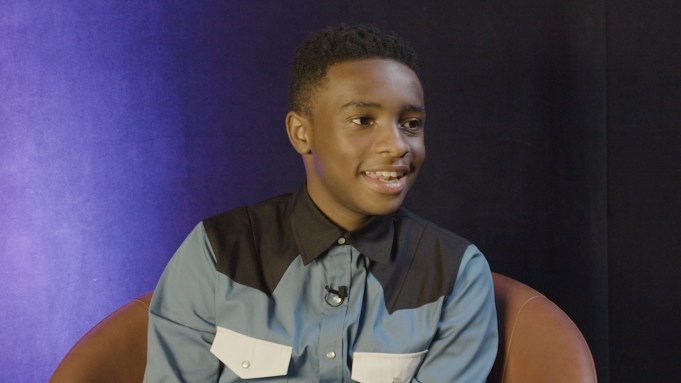 “Working on something that is bigger than yourself is just an incredible feeling,” admits Caleel Harris of his experience on Netflix’s limited series When They See Us.

“This is a true story and I feel like just doing these men their justice that they weren’t granted back in 1989,” the insightful actor adds in the Next Generation TV video above about the five young men falsely convicted and imprisoned almost 30 years ago for rape in the media flooded Central Park jogger case.

Seeking to tell that true story of the men condemned as the Central Park 5, the acclaimed Ava DuVernay directed and co-written four-parter launched on May 31 on the streaming service

Amongst a stellar cast that includes Michael K. Williams, Vera Farmiga, Felicity Huffman and John Leguizamo among others, Nickelodeon veteran Harris portrays the teenage Antron McCray in WTSU. Vilified by then developer Donald Trump and railroaded through the justice system in a clearly prejudicial and predetermined manner, the four African Americans and one Hispanic American saw their harsh sentences vacated in 2002.

Despite a number of reservations over two trials about the way the initial police and prosecution investigations had been conducted and coerced, the truth only came out after a serial rapist declared he had committed the brutal crime and DNA evidence confirmed it. While clearing the names of the five men, the fact is the vacating of the conviction came after all of them had already finished their prison time for the crime that they didn’t commit

“Hopefully they get these men’s truth first and foremost, if there is any shadow of a doubt that they weren’t innocent hopefully that they know that they’re innocent,” Harris said of what he hopes viewers will get out of the often harrowing When They See Us. “And of course, I want them to understand how this criminal justice system works against black and brown men in America.’

Take some time to watch Caleel Harris’ interview with me in the video above and also get some of his take on working with multiple Emmy nominee Williams and Oscar nominee DuVernay too.

As well, check out last week’s Next Gen sit-down with Karin Gist, the past showrunner of Star and the present showrunner of upcoming black-ish prequel mixed-ish here.