Disney Board Member Susan Arnold To Succeed Bob Iger As Chairman Upon His Exit From Company
Read the full story
October 22, 2021 6:34pm
46Comments 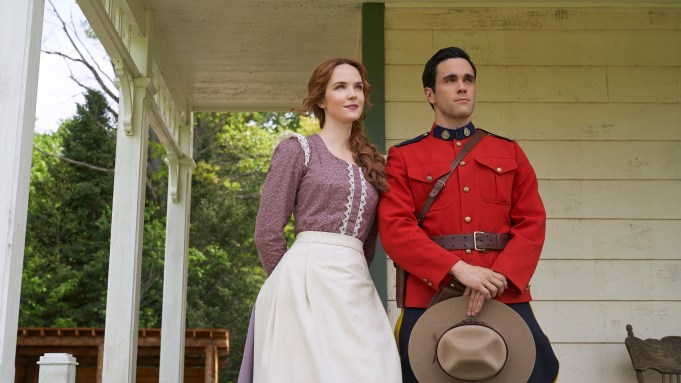 We’re getting the first look at Lori Loughlin in her return to acting in When Hope Calls, a spinoff of the popular Hallmark Channel series When Calls the Heart, which is coming back for a second season on new network, GAC Family. The network has released a scene featuring Loughlin and Carter Ryan ahead of season premiere.

The former When Calls the Heart star is reprising her popular character from the Hallmark Channel series, Abigail Stanton, on the spinoff. Loughlin will appear in the two-part Season 2 premiere titled When Hope Calls: A Country Christmas, slated to air on Saturday, Dec. 18.

When Hope Calls, which films in Ontario, Canada, is set in Brookfield, a town on the western prairie. In When Hope Calls: A Country Christmas, Part 1, Brookfield hosts a Christmas festival as one of three contenders in Harper’s Bazaar’s search for America’s #1 Country Christmas Town. The entire town is preoccupied with creating the essence of Christmas for the photojournalist’s lens, though, behind the scenes, residents are not living the spirit of the season. In the midst of the fuss, a stagecoach appears, and out steps Abigail Stanton and her son, Cody (Carter Ryan), who have brought a troubled boy to Lillian’s (Morgan Kohan) orphanage.

In When Hope Calls: A Country Christmas, Part 2, photojournalist Paul Franklin is wrapping his stay in Brookfield. By now, he blends in as the town prepares for Christmas Eve. Lillian, the orphans, and Gabriel (Hatanaka) are running out of options to restore the troubled boy’s hope for better times. Just when all seems lost, a secret Santa appears to fulfill all holiday wishes, and Abigail has a profound conversation with a dear friend from the past. Meanwhile, Paul’s lens is recording every miraculous moment.

You can watch the clip above.