Continue to Deadline SKIP AD
You will be redirected back to your article in seconds
Skip to main content
October 19, 2018 3:20pm 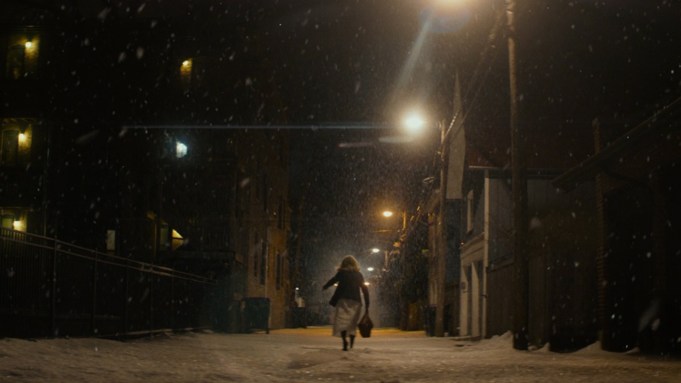 If you can watch the new family drama What They Had without at least shedding a few tears, then you have to be dead inside. From first-time feature writer-director Elizabeth Chomko, this movie about a family in crisis over the journey into dementia of its matriarch, and its impact on everyone else, is inspired by her own grandmother’s 16-year battle with Alzheimers, although Chomko has fictionalized this particular story for the most part.

I’ve seen it twice now, and both times it had me sobbing for the simple truths this screenplay and intimate drama hold about our families and ourselves. As I say in my video review above, you don’t have to go in thinking this is going to be a total downer, because in addition to being instantly relatable it also manages to pack quite a bit of wry humor. It is a supremely rewarding and memorable experience in every way.

Hilary Swank in her finest performance since winning a second Oscar for Million Dollar Baby, plays Bridget, a wife caught in a failing marriage and mother to Emma (an excellent Taissa Farmiga), who is struggling to find her own way. Bridget is also the daughter of Ruth (Blythe Danner) and Bert (Robert Forster), her elderly parents coming near the end of a 60-year marriage due to Ruth’s worsening dementia and Bert’s denial of it all. When Ruth has another incident — walking alone in her nightgown into the snowy early-morning streets of their home in Chicago — Bridget and Emma come from California to help brother Nicky (Michael Shannon) convince Bert it is time to put Ruth in a memory center and home where Bert can also live right nearby. This is something he will hear nothing of, especially since he saw the conditions of the nursing home where Ruth actually worked for 30 years. He tosses this off as just the normal problems of aging and refuses to believe his wife is slipping away from him.

This is the basic premise of this searing drama, which isn’t just about this one tragic turn for a proud family but also their own lives and problems that are weaved in and out of the scenario. That What They Had, which originally debuted at Sundance in January, is exceptionally well written probably made it easier to attract such a first-rate cast for this first-time director, but she has hit the mother lode with the ensemble including Swank, who is simply exceptional playing the dutiful daughter trying to mediate a family crisis, while at the same time watching her own marriage to Eddie (Josh Lucas) start to fade away despite his best efforts to keep it together.

Dealing with a daughter who is dropping out of school and fighting for her own independence just adds to Bridget’s woes, as she also has to cope with a determined brother, the one who stayed behind to take care of their parents who now wants to go on with his own life and the local bar he owns. Shannon is great as usual showing the complete frustration of a man who has never really gotten out of the neighborhood, or made a serious commitment to a relationship, and now finds his life clouded by what is happening to his parents.

Danner has the tricky role of a woman whose memories are slowly being taken from her but doesn’t seem to realize the angst of those around her. It requires Danner to be more the center of this particular universe, but not its driver. She’s exquisite, particularly in Ruth’s few lucid moments which are perhaps the most moving of the entire film. Still, it is Forster who perhaps is the most touching in the role of a man, himself a victim of past heart attacks, trying every way he can to deny the facts of his wife’s condition and the realities that life is throwing at him in such an unfair way. Underplaying it with rich authority and complete conviction, Forster is a truly great veteran actor who just may have the role of his career. An Oscar nomination for Best Supporting Actor should be in store.

In many ways you could imagine Chomko’s work as a Broadway play, and this is the kind of smaller intimate movie about the real lives of people that studios regularly released in another era. Now it’s all about superheroes and Michael Myers, but let me promise you that you will be richly rewarded by seeking out What They Had. It’s one from the heart.

Do you plan to see What They Had? Let us know what you think.