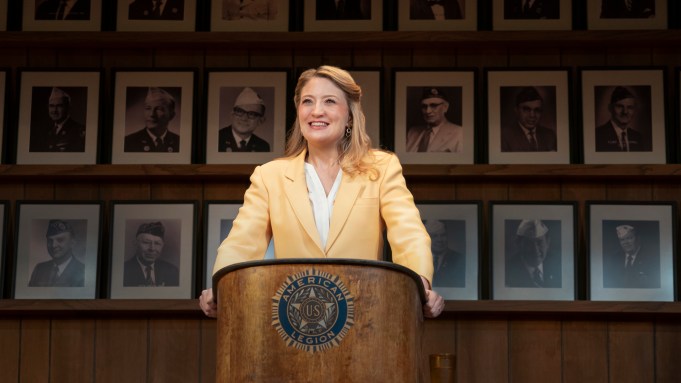 Audiences nationwide can get a sense of what all that Broadway fuss was about when the Pulitzer Prize finalist and Tony-winning What the Constitution Means to Me debuted at the Hayes Theatre last year. This new trailer from the upcoming Amazon Prime film adaptation features playwright-actress Heidi Schreck in a performance during the play’s final, record-breaking week on Broadway.

Directed by Marielle Heller (A Beautiful Day in the Neighborhood and Can You Ever Forgive Me?), Constitution stars Schreck as herself, recalling her teenage years winning Constitutional debate competitions across the United States. Onstage, Schreck gives voice to both her younger and her current selves, using her story to address a variety of social issues involving the U.S. Constitution and its impact on four generations of women in Schreck’s family.

The executive producers of What the Constitution Means to Me are Heidi Schreck, Marielle Heller, Robin Schwartz, Kyle Laursen, Peter Saraf, Marc Turtletaub. The special was directed by Heller and produced by Big Beach and Defiant By Nature, Heller’s newly launched production company. The producers of the Broadway production – Diana DiMenna, Aaron Glick, and Matt Ross – also serve as producers of the filmed version.