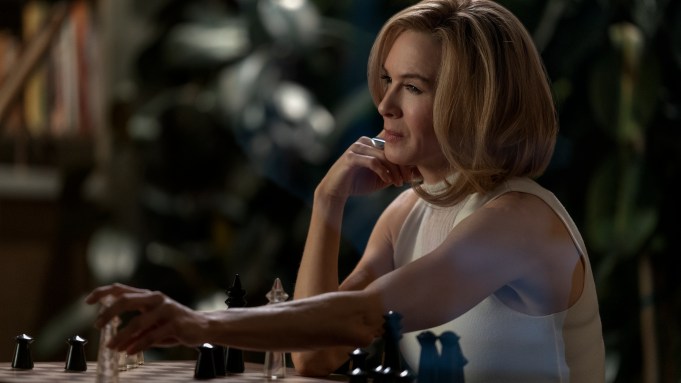 “If you want a life of purpose, begin by inverting the notion that everything happens for a reason.” That’s the advice that opens the first full trailer for the upcoming Netflix drama What/If. What sounds like advice actually is the beginning of an indecent proposal from the rich but mysterious and manipulative Anne (Renee Zellweger) to a cash-strapped pair of San Francisco newlyweds looking for capital for their business.

Netflix will premiere the series worldwide on May 24. Watch the closed-captioned trailer above and see some new stills from the series below.

Written by Kelley, What/If explores the ripple effects of what happens when acceptable people start doing unacceptable things. Each season will tackle a different morality tale inspired by culturally consequential source material, and the power of a single fateful decision to change the trajectory of an entire life.

Here are some photos from Season 1 of What/If: