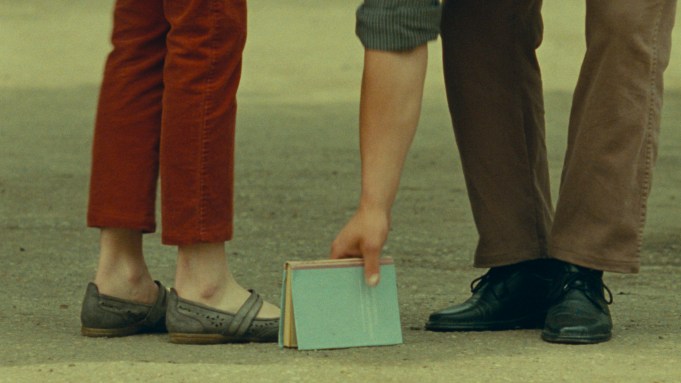 EXCLUSIVE: Here’s your first look at What Do We See When We Look At The Sky?, which has its world premiere in the competition section at this year’s Berlin International Film Festival.

Alexandre Koberidze wrote and directed the movie, which is a German-Georgian production and is produced by Mariam Shatberashvili. The logline is as follows: It’s love at first sight when Lisa and Giorgi meet by chance on a street in the Georgian city of Kutaisi. Love strikes them so suddenly; they even forget to ask each other’s names. Before continuing on their way, they agree to meet the next day. Little do they know that an evil eye casts its spell on them. Will they manage to meet again?