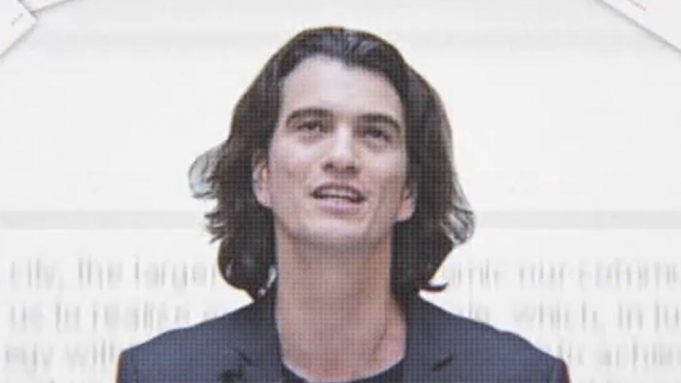 For a time, charismatic entrepreneur Adam Neumann, co-founder of the office space-sharing company WeWork, dazzled investors. They poured a fortune into his startup, as witnessed in the documentary WeWork: or the Making and Breaking of a $47 Billion Unicorn.

Jed Rothstein directed the film that premieres in the Documentary Spotlight section of the SXSW Film Festival. He says Neumann’s underlying business concept possessed some merit.

“They took an idea—real estate arbitrage or co-working spaces—and they made it fun,” Rothstein observed during an appearance in the Deadline SXSW Virtual Studio. “A lot of companies that had done this before had these kind of ugly corporate spaces that were carved up. They were very depressing…And [WeWork] completely flipped that on its head and said, ‘Let’s bring light into these spaces. Let’s make a nice communal area in the center and let’s encourage the different businesses to interact with one another and collaborate.’”

Neumann, an Israeli immigrant, proved to be an irresistible salesman, touting his company as a Silicon Valley-esque innovator, which was intoxicating to venture capitalists.

Neumann’s style of leadership has been described as messianic, and the mythologizing of the company and its values struck some observers as extreme.

“It wasn’t a cult but it had a cult-y air,” the director commented. “They were selling it as more than just itself. It wasn’t just a place [where] you worked, it was a worldview, it was a way of living, it was a new system for thinking about everything.”

In the end, as the documentary’s title suggests, the enterprise virtually collapsed.

“I think it’s a cautionary tale. It’s a cautionary tale for investors…You could always say beware of irrational exuberance, which is sort of the story of capitalism since the tulip bubble of Holland in…the 1600s,” Rothstein observed. “In terms of building a business or being the leader of a business, to me the cautionary note would be make sure you surround yourself with people who, frequently enough, tell you ‘no.’”

WeWork: or the Making and Breaking of a $47 Billion Unicorn premieres on streaming platform Hulu on April 2. The film is directed and executive produced by Rothstein and produced by Campfire’s Ross Dinerstein. Executive producers include Rebecca Evans and Ross Girard from Campfire, Tim Lee, Michael Cho and Mimi Rode from Olive Hill, Travis Collins, Kyle Kramer and Randall Lane from Forbes and Danni Mynard.