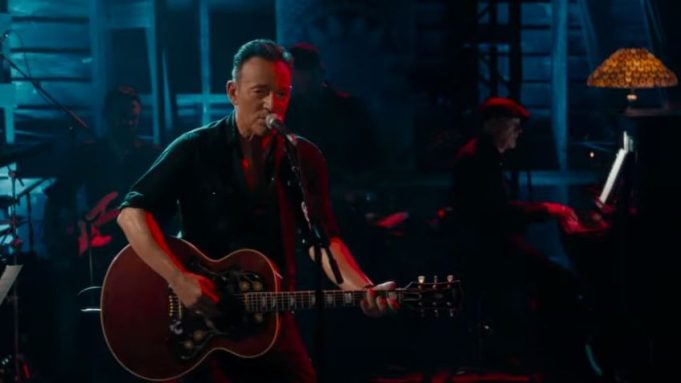 Warner Bros is moving quickly after securing rights to Western Stars, the Bruce Springsteen documentary feature in which the Boss co-directs, executive producers and most certainly stars in what essentially is a cinematic version of his latest album. The pic, which Springsteen directed with his Springsteen on Broadway helmer Thom Zimny, will have its world premiere next month at the Toronto Film Festival and then hit theaters in October.

The film centers on Springsteen’s first studio album in five years, and the trailer shows archival footage and Springsteen voice-over along with the main event: Springsteen and his band performing the complete 13-song album, backed by a full orchestra in a 100-year-old barn.

Both the album and the images denote a departure for Springsteen, with the country underpinings serving as a new way to tell his stories of love, loss, loneliness and family.

“We all have our broken pieces,” Springsteen says to the camera. “Emotionally, spiritually, in this life nobody gets away unhurt.”