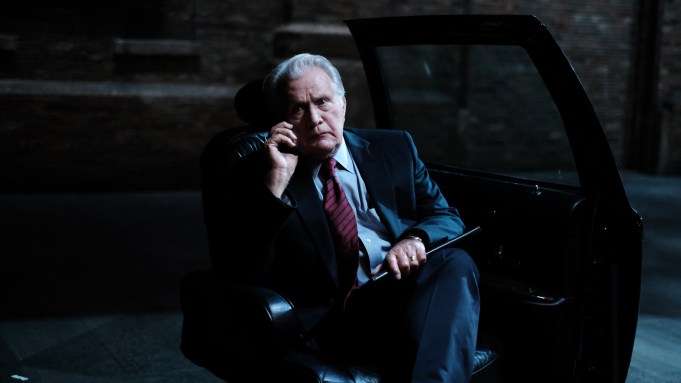 HBO Max has released the trailer for the upcoming election-themed reunion special of Aaron Sorkin’s Emmy-winning The West Wing after teasing it with a 20-second promo on its corporate sibling CNN after the news network’s coverage of the vice presidential debate Wednesday night.

The special, A West Wing Special to Benefit When We All Vote, is set for October 15 and reunites original cast members Martin Sheen, Allison Janney, Rob Lowe, Richard Schiff, Bradley Whitford, Dulé Hill, Janel Moloney and Anna Deavere Smith to reprise their roles for a staged performance of “Hartsfield’s Landing,” an episode from Season 3.

The episode, written by Sorkin, featured Sheen’s President Josiah Barlett playing chess against Sam (Lowe) and Toby (Schiff) while the Chinese are playing war games in the Taiwan Strait and Josh (Whitfield) is nervous about the 42 votes in a remote New Hampshire town’s election, which always predict the winner of that state’s primary.

Sterling K. Brown is also aboard the special, taking the late John Spencer’s role of Chief of Staff Leo McGarry.

The special is produced by Casey Patterson Entertainment in association with Warner Horizon Unscripted Television. Sorkin, Schlamme and Patterson are executive producers. Rob Paine is co-executive producer and Thomas Schlamme directed. The program will include act breaks with appearances from Michelle Obama (co-chair of the nonpartisan When We All Vote), President Bill Clinton and Lin-Manuel Miranda. Composer W.G. Snuffy Walden will perform The West Wing score on guitar, and folk rockers the Avett Brothers will close out the special.

As part of the initiative to drive the vote ahead of the November 3 election, TNT will air Friday marathons of The West Wing’s election-themed episodes starting October 9. HBO Max parent WarnerMedia is also making a donation to When We All Vote.

The West Wing, the NBC and Warner Bros TV drama about the goings-on inside the Bartlet White House, ran from 1999-2006 and won 26 Emmys including four consecutive Best Drama Series trophies.