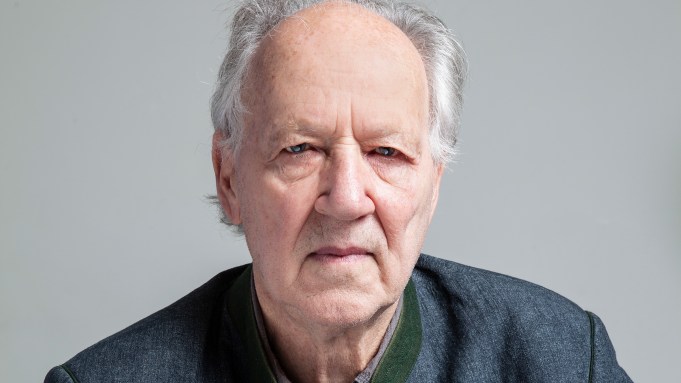 Given that he’s known for his work in documentary film, it perhaps comes as little surprise that Werner Herzog’s latest narrative feature has been fooling critics in Cannes into thinking it’s observed truth. Certainly, Family Romance, LLC, which is set in Japan, blurs the lines: it tells the story of the principal of the titular company, who provides surrogate rent-a-relative services, play-acting as their long lost family members in a variety of scenarios. Family Romance, LLC is a real company in Tokyo, and its real-world principal Yuichi Ishii plays himself in the film, while non-actors play his clients.

“The actors are so natural and so good that it almost feels like a documentary, but of course it is not,” Herzog told us, as he held court at Deadline’s Cannes Studio. “It is highly, highly stylized, highly organized, highly scripted. Even professional movie watchers believe it’s a documentary. Although it’s so evident, it cannot be a documentary.”

In fact, insisted Herzog, “I’m not really a documentarian. Most of my documentaries are feature films in disguise. So they’re stylized, and scripted, and repeated some times, and everything you normally do not do in a documentary.” When it was suggested others would disagree, he contrasted, for example, his recent work with Mikhail Gorbachev (“of course you have to respect the man in the situation, in the historical context”) with his doc about cave paintings, Cave of Forgotten Dreams, “Where at the end you have mutant, albino, radioactive crocodiles. So it’s completely going wild.”

Herzog was especially sensitive, in the case of Family Romance, LLC, of being a foreigner; documenting an aspect of Japanese culture from an outside perspective. He had worried about how a Japanese audience would react, and received feedback soon after the film’s premiere this week. “I had a reaction from a young man from Japan in the theater when we showed the film. And I asked him, ‘Does it sound right? Does it look right?’ ‘Yes, yes. I thought a Japanese filmmaker must have made it. But it’s so exciting you have made it.’ And I said, ‘Is it all right?’ ‘Yes, yes, yes. All the sensitivities were somehow observed.'”

Herzog has had a prolific year, adding Family Romance, LCC to complete a trio of films, starring in The Mandalorian and, naturally, holding a workshop for young filmmakers in the Peruvian jungle. Retirement, he said, is not in his vocabulary. “I do not know the word. And I always, in a way, have done films that came with great vehemence at me. So if you wake up in the morning at 3AM and you step in your kitchen, and there are three burglars, and one comes wildly swinging at you, you have to deal with that one. So it’s like that with my movies. Whichever comes with the greatest vehemence, I have to deal with it first.”

Watch more from Herzog in our video above.