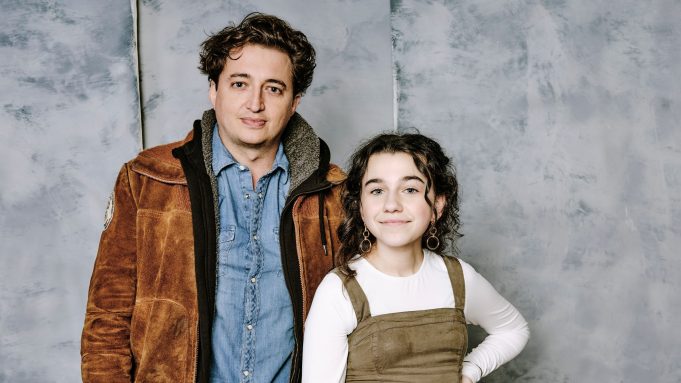 Long before he directed Beasts of the Southern Wild—the Sundance phenomenon, which went on to earn four Oscar nominations—Benh Zeitlin longed to put his original spin on the story of Peter Pan. Seven years after hitting Park City with his first feature, the director has made his dream a reality, returning to the festival with his Searchlight Pictures title, Wendy.

“This story and this film were really what me and my sister Eliza, who I wrote the film with, dreamed about making our whole lives. This was the story that haunted us our whole childhoods, into adulthood,” Zeitlin explained, in an appearance at Deadline’s Sundance Studio. “On our birthdays, we would blow out the candles and wish to never grow up, every single year, and were always terrified of it, and this film was really a way for us to kind of face that.”

Starring Devin France—who joined Zeitlin in Sundance—Wendy centers on a girl growing up in a working-class family, who longs for adventure. Whisked away to a magical island by a mysterious boy named Peter, Wendy is offered a chance at eternal childhood, only to have the prospect of it threatened.

When Zeitlin commits to a feature, he goes all in. Known for his ability to craft spectacular works of magical realism, while coaching non-professional child actors toward remarkable performances, the director is also drawn toward the prospect of shooting against otherworldly natural backdrops. Spending many years in New Orleans, in the making of Beasts, he then moved to the Carribean for the Wendy shoot, which took place on the islands of Antigua, Barbuda and Montserrat.

“Montserrat has an active volcano on it, and two thirds of the island are basically a volcanic exclusion zone. That became central to the film, and the new mythology of Neverland that we wanted to create. But a huge part of why we wanted to do this movie is to go on this incredible adventure. Every shot in the film is in a remote location,” the director shared. “We’re hiking hours to set, building zip lines to get lunch down to these valleys, and on the volcano, on boats in the ocean. So, we really got to live an adventure that was every bit as spectacular as the film was.”

“We thought a lot about, if Peter himself were to design what movie he wanted to make, we would make the film in that way,” he added. “So, that principle guided us, and we really had an extraordinary journey making the film.”

For France, the journey with Wendy began in second grade, when co-producer Nathan Harrison came to her school in Louisiana in search of young talent. Heading into her first-ever film shoot, the 12-year-old admits, she was so nervous that she threw up on set. “Then, I drank a whole thing of Kool-Aid and had this humongous stain all around my mouth. My nerves were through the roof, but I think the people, and especially Benh, really calmed me down,” she said. “But it was really great. I couldn’t ask for a better first movie.”

For more from our conversation with the director and star of Wendy, click on the video above.