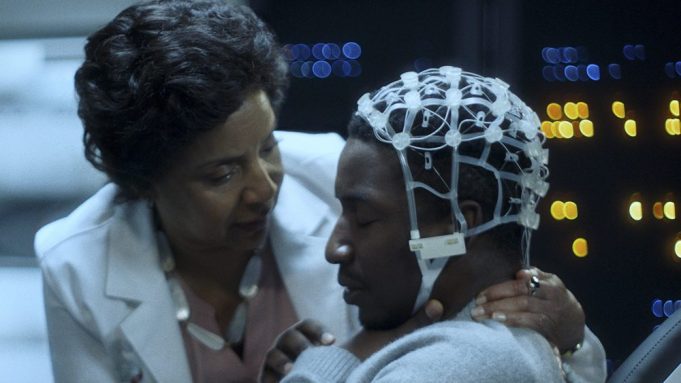 The first trailer for Amazon Prime’s Welcome to the Blumhouse has opened its doors and has invited audiences to “unsettle in”. The four movie anthology serves up haunting stories that, based on the trailer, will burrow into your psyche and never leave. The anthology will launch on the streamer October 6 to prepare you for Halloween.

With FJØRA’s cover of “What’s Up” produced by Linda Perry herself as the soundtrack to the trailer, Welcome to the Blumhouse will kick off with a double feature on October 6. The first is Veena Sud’s The Lie in which two desperate parents try to cover up the fact that their teenage daughter impulsively killed her best friend. In Emmanuel Osei-Kuffour Jr.’s Black Box, a single father goes undergoes an agonizing experimental treatment after losing his wife and his memory in a car accident.

On October 13, Evil Eye will make its debut. From Elan Dassani and Rajeev Dassani (A Day’s Work, Jinn) and executive produced by Priyanka Chopra Jonas (Quantico, White Tiger), the movie follows a seemingly perfect romance that turns into a nightmare when a mother becomes convinced her daughter’s new boyfriend has a dark connection to her own past.

Rounding out the first wave of the Blumhouse anthology is Nocturne written and directed by filmmaker Zu Quirke (Zugzwang, Ghosting). Marking her feature film debut, Nocturne is set in an elite arts academy and follows a shy student who begins to outshine her more accomplished and outgoing twin sister when she discovers a mysterious notebook belonging to a recently deceased classmate.

Glimpses of the first four films can be seen in the teaser trailer above. As for the remaining four films of the anthology, you’ll just have to wait until they debut in 2021.