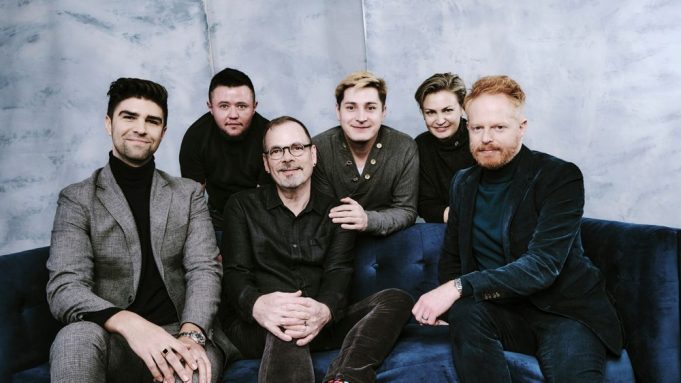 In David France’s documentary Welcome to Chechnya, the Oscar-nominated filmmaker puts an urgent and, at times, a difficult-to-watch lens on the repressive and violent treatment of the LGBTQ community in the Russian republic. Since 2016, Chechnya’s tyrannical leader, Ramzan Kadyrov, has looked to “cleanse the blood” of LGBTQ+ Chechens, overseeing a government-directed campaign to detain, torture, and execute them. With Welcome to Chechnya, France provides a glimmer of hope by chronicling the heroes of the Russian LGBT Network and the anonymous subjects they are helping flee via a modern-day underground railroad.

France, who was joined in the Deadline Studio at Sundance by executive producers Jesse Tyler Ferguson and Justin Mikita, said that he first heard about what was happening in Russia in early 2017 and started filming his documentary in August of 2017. “I realized that the international community was paying such little attention to what was going on there… and we needed to find some way to lift this story up and make people understand the significance of it,” he said.

“It’s one thing to read about these stories…it’s another thing to literally put a face to it,” said Ferguson, adding that he hopes that this movie will raise awareness. “It’s a call to arms,” he continues. “There’s so much we can be doing to help these people and to support those who are putting their lives in danger to help these people escape.”

Mikita chimes in: “It’s also a way to put pressure on our administration to hold other governments responsible for our human rights crisis that is like this.  It’s a huge issue that our government is completely silent on. Hopefully, this film will activate them in a way to help the people that are there.”