“No One Has Been Ruled Out,” DA Says Of Potential Charges In Alec Baldwin Movie Set Shooting
Read the full story
January 20, 2020 3:32pm 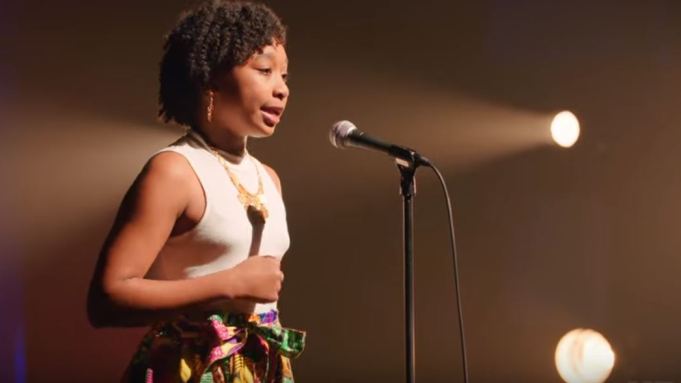 HBO on Martin Luther King Day today released its trailer for We Are the Dream, its documentary highlighting the annual Martin Luther King Oratorical Festival in Oakland. The feature doc, directed by Amy Schatz (Songs of Parkland) and executive produced by Oscar winner and Oakland native Mahershala Ali, premieres on HBO on February 18.

The HBO Documentary Films pic follows the lead-up to the 40th annual event, in which hundreds of pre-K through high school students perform published and original poetry and speeches at their schools for the right to compete at the main festival. Themes include social justice and immigration.

“They’re profound and they’re intelligent and they have a vision and given the opportunity to share and to listen, there’s so much to learn,” Oratorical Festival producer Awele Makeba says in the trailer above.

“As a Bay Area Native, it’s an honor to celebrate these extraordinary young voices and shine light on the wonderful educators and community that supports them,” said Ali, who grew up Mahershala Gilmore in the Bay Area and played college basketball at Saint Mary’s in nearby Moraga, CA. The Oscar winner for Green Book and Moonlight recently starred in HBO’s anthology series True Detective.

Diane Kolyer is producer of We Are the Dream, with Ali an executive producer alongside Amatus Karim Ali, Mimi Valdés and Julie Anderson.