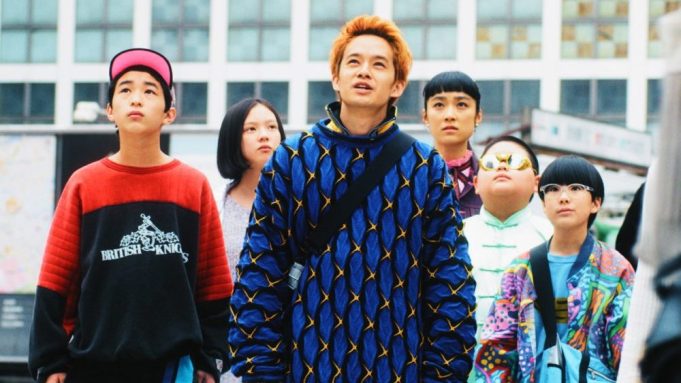 Oscilloscope Laboratories released a trailer for their upcoming film We Are Little Zombies — and it is as delightfully bonkers as you might think. And to celebrate the release of the trailer, O-scope has released a coloring book to accompany the vibrant 8-bit inspired pic from filmmaker Makoto Nagahisa.

The Japanese-language film, which won the World Cinema Dramatic Special Jury Award for Originality at Sundance in 2019, marks Nagahisa’s debut feature. Deadline exclusively reported that O-scope acquired the rights to the pic and they are set to release it along with Kindred Spirit later this year.

The film follows four young orphans named Hikari, Ikuko, Ishi, and Takemura. When they first meet, their parents’ bodies are being turned into dust, yet none of them can shed a tear. They are like zombies; devoid of all emotion. With no family, no future, no dreams, and no way to move forward, the young teens decide that the first level of this new existence involves salvaging a gaming console, an old electric bass, and a charred wok from their former homes — just enough to start a band and then conquer the world.

The film was produced by Dentsu’s Taihei Yamanishi, Nikkatsu’s Shinichi Takahashi, and Robot Communication’s Haruki Yokoyama and Haruhiko Hasegawa, and distributed by Nikkatsu.