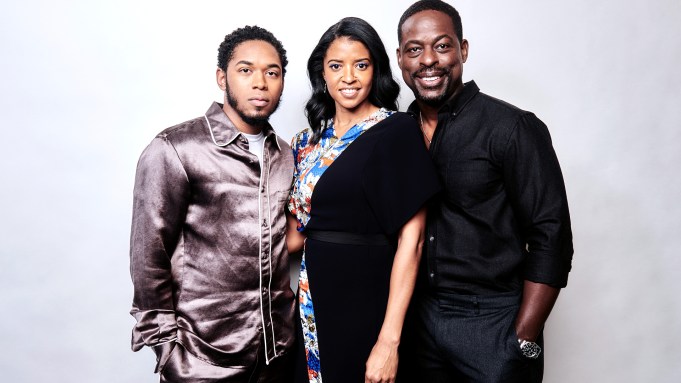 A24’s family drama Waves is making waves of its own this awards season, having received critical acclaim on the fall festival circuit starting at Telluride over Labor Day, then opening to impressive box office on the specialty circuit over the weekend.

Stars Sterling K. Brown, Kelvin Harrison Jr., and Renee Elise Goldsberry joined me earlier this month on stage at the DGA Theater as part of Deadline’s ninth annual The Contenders Los Angeles, and all-day event in which Academy and key guild members get an up-close view of many of this season’s strongest Oscar contenders.

Brown explained the unique structure of the story about an African American family thrown into crisis mode when tragedy strikes. He plays a tough-love father sometimes going to some unfortunate lengths to do what he thinks is best for his promising son, an athlete and star wrestler played by Harrison,  who is in over his head as events escalate. Harrison talks about parallels between his own life and that of the director Trey Edward Shults, and how they collaborated on the story together as the project developed.

Goldsberry discusses her role as the stepmother, but how really the word “step” shouldn’t be a factor as she became a driving force to keep this family together. As Brown says, the title reflects the ever-changing course of the lives of this South Florida family and is told in two parts, with the first half focusing on Harrison’s character, and the second on the much quieter sister played by Taylor Russell.