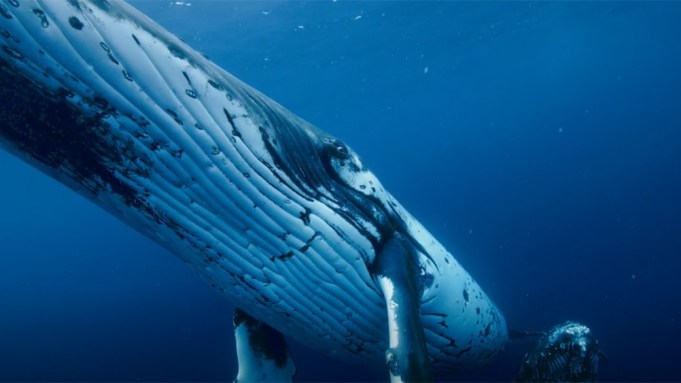 As evidenced by Wednesday’s opening-night screening of The Apollo, this promises to be an exceptionally good year for the documentary competition at the Tribeca Film Festival. Two other docus focusing on remarkable personal stories, one in show business and the other on the high seas, join the fray Thursday and Friday with world premieres that not only should deeply impress festgoers but also land near the top of 2019’s docu output. Both are hoping to nail distribution deals out of Tribeca, and unless something is very wrong with this business, they easily will — especially now that these nonfiction films are proving to be strong box office draws as well as critical successes.

Watson, the latest from Oscar-winning documentarian Lesley Chilcott (An Inconvenient Truth) and Oscar magnet Participant Media, sets sail Thursday night and tells the story of Captain Paul Watson, whose single-minded dedication to stopping illegal fishing activities around the world has resulted in his organization Sea Shepherd now commanding a fleet of 13 ships on constant patrol, the world’s largest private navy. Watson is not an unfamiliar face or force in movies and TV, having been featured in numerous projects including his series Whale Wars and films including Sharkwater and Oscar-winning docu The Cove. But Chilcott tells me this is the first comprehensive motion picture study of the man himself, and his extraordinary four-decade-plus journey to fight for the rights of our oceans’ inhabitants from illegal whaling vessels from Europe to the Southern Ocean, seal hunters in Canada and shark finners in Central America.

Having previewed the film over the weekend, I was riveted throughout. Chilcott had the entire Watson and Sea Shepherd archives opened to her (cameras document all activity on every voyage), and believe me this is one whale of a tale you won’t soon forget. Mixed in with interviews with Watson and the lifetime of remarkable up-close footage is some spectacular new underwater photography of whales and other ocean residents that Chilcott and her team shot for this film. You can see a sample of that in a clip from the movie by clicking on the link at the top of this post. Whoever the lucky distributor turns out to be, better be ready to book this in Imax theatre\s. It is stunning, and the only mystery is how Hollywood hasn’t yet brought Watson’s story to the screen. It would be a natural for top actors, no doubt.

Chilcott and Participant have held back screenings, other than a clip on a panel at CinemaCon, and will reveal all tonight in NYC. Submarine, an appropriate name in this instance, is handling sales. Chilcott told me she has two potential distributors in mind and is hoping for a big theatrical break, which this widescreen story certainly requires. I wouldn’t be surprised if Netflix made a bid, but this really requires someone completely dedicated to making it a theatrical experience, especially to differentiate what we regularly see on Discovery, Nat Geo and other channels that feature this kind of material. This one is special and also features the personal side of Watson, now in his 60s and forced off the seas by legal quagmires. He can’t leave the U.S. or he might never get back. There is basically a bounty on him in Japan, and a decades-long legal battle finally just ended recentlt in Costa Rica.  All this is covered in the film, along with the toll months at a time on the high seas have taken on his four marriages and his daughter. He now has a new young son with his fourth wife and is directing Sea Shepherd business via computer screens with new captains trying to fill his water-logged shoes. Quite a life.

Although it isn’t overly graphic, there are two heartbreaking images that Chilcott focuses her cameras on — one involving a helpless shark falling to the bottom of the sea floor after being de-finned and tossed back still alive. The other, the soulful eye of a dying whale. This is powerful stuff and demands to be seen. As with other Participant films, perhaps cinema really can make a difference. Watson certainly has, and this is a moving tribute. Watson, whose current U.S. residence is not revealed in the film, will be attending tonight’s Tribeca premiere.

On Friday night Tribeca features the world premiere of a docu about yet another amazing career with Linda Ronstadt: The Sound of My Voice. The film comes from producer-director James Keach (Glen Campbell: I’ll Be Me) and Oscar-winning documentarians Rob Epstein and Jeffrey Friedman (The Times of Harvey Milk, The Celluloid Closet), who had the rights to Linda Ronstadt’s autobiography and had her full cooperation. Ronstadt’s life story is played out here with performance footage that will knock your socks off and likely sell millions more albums from her vast catalog.

Keach showed me the film at his Culver City production company Wednesday and heads to New York today for Friday night’s premiere. Although he has directed many docus himself, he tells me in this case CNN Films came to him to be a producer, and Epstein and Friedman (who also share producing credits) with Keach and Michele Farinola) signed on to direct. He says it was a very satisfying collaboration and praises the pair. Keach, however, conducted the many interviews in the film including with Ronstadt (who accompanied him to show off her Mexican family roots), Dolly Parton, Emmylou Harris, Jackson Browne, Don Henley, Aaron Neville, J.D. Souther, David Geffen and more.

As with Watson, the archival footage is deep and revealing, though Keach says the key is how you compile all of it and tell a story. These filmmakers have succeeded in that regard, and it is quite a poignant one considering that Ronstadt, now 72, gave her last concert in 2009, retired in 2011 and no longer can sing due to Parkinson’s disease. It is sad to see that the true love of her life, being able to sing, taken away because of the disease after being diagnosed with it in 2012. She can talk up a storm, though, and the filmmakers have created a format that essentially allows Ronstadt to narrate her own story, much of it culled from a series of live shows in which she reminisced about her life and career after publication of her 2013 autobiography, Simple Dreams: A Musical Memoir. That story also includes her personal life including relationships with then-California Gov. and presidential candidate Jerry Brown, Souther and others.

The Sound of My Voice is the perfect title for a film that expertly captures why Ronstadt was such a unique performer — a voice that could lend itself to any form of music she tried: folk, rock, pop, Gilbert and Sullivan (she was Tony nominated for The Pirates of Penzance on Broadway opposite Kevin Kline who is also interviewed here), standards orchestrated by none other than Sinatra’s favored arranger Nelson Riddle, Mexican mariachi tunes and on and on. How ironic that amazing musical gift has been silenced due to an unforgiving disease, but the spirit lives on clearly. There won’t be a dry eye during the docu’s closing sequence, where she is reunited with her nephew and cousin as they perform one of the mariachi songs she used to sing with her father. In this sequence she does agree to join them in the only footage of Ronstadt singing since her retirement and diagnosis. She says however, “this wasn’t singing,” but it definitely was a memorable musical moment for a star who knows as well as anyone what great singing is truly all about. Some of the most revealing insights in the docu concern her own doubts about her talents and how her love of music helped overcome them.

It’s a constant theme, but the truth for this “girl singer” is that just about everything she touched turned to gold — make that platinum. John Sloss and his Cinetic Media are the sales agents for the theatrical distribution rights. With such an emphasis on movies centering on pop icons from Queen and Elton John to Aretha Franklin, the timing couldn’t be better for this story. “At first when I heard we would be premiering in a 900-seat house for Tribeca, I thought, ‘How are we ever going to fill that?’” Keach told me, while noting that Ronstadt herself won’t be attending. “It completely sold out almost immediately.”