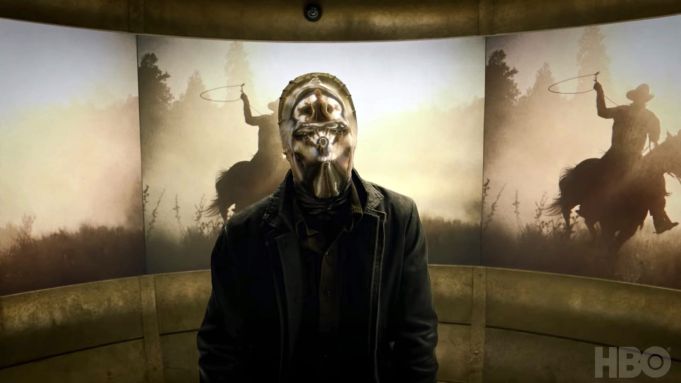 The just-released trailer for HBO’s Watchmen uncorks a fascinating world where vigilante justice hides behind both masks and badges. The series is an extension of the famed graphic novel by Alan Moore and Dave Gibbons but it is neither an adaptation (that was done in 2006 with the Zack Snyder-directed namesake feature film) nor a direct sequel but an unusual revisitation to the world of the original story for a new saga that follows the familiar mythology in unexpected ways.

That’s a knotty premise to start a series, but the trailer shows that showrunner Damon Lindelof (The Leftovers, Lost) has come up with enough compelling characters and themes that the experiment is worth watching on its own merits.

The trailer shows Don Johnson as Tulsa Police Chief Judd Crawford and Regina King as Tulsa Police Detective Angela Abar, but the two are also active in street justice of a different sort, as menacing masked operatives operating outside the law. There are a lot of masks in the trailer, in fact, and many of them recall the the ink-blot face of Rorschach, the ferocious vigilante who was the narrator for much of the 1986 graphic novel’s tale of a world where costumed heroes use their fists and gadgets to battle crime (only one character in the original story — the big, blue Doc Manhattan — actually qualifies as a “super” hero, the rest are self-made crusaders like Batman).

In the graphic novel, masked heroes were outlawed and hunted down. In the new series that history serves as a backdrop for the show’s updated exploration of authority, duplicity, conspiracy, justice, rendition and perception.

In the trailer, as scenes of masked mayhem play out, an academic-sounding voice-over offers an empty textbook explanation of the costumed vigilante psyche. “People who wear masks are driven by trauma. They’re obsessed with justice because of some injustice they’ve suffered, ergo masks. To hide the pain.” The image shifts to an skeptical King who corrects the self-satisfied speaker: “I wear the mask to protect myself.” The smug academic glosses over the debate. “Right. From the pain.” King’s character rolls her eyes.