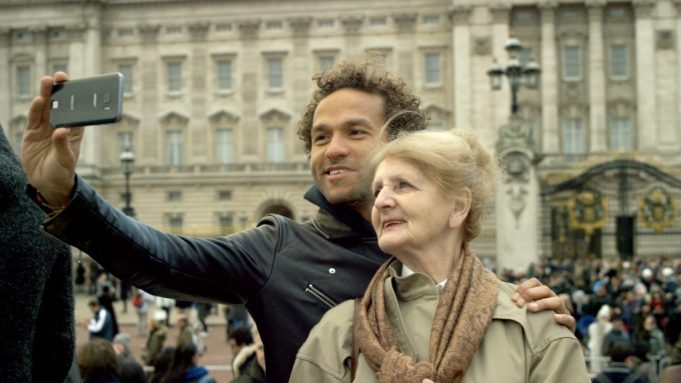 EXCLUSIVE: A mother-son adventure story is coming to theaters just in time for Mother’s Day.

Duty Free, a documentary directed, produced and distributed by award-winning journalist and on-camera personality Sian-Pierre Regis, will hit virtual and select in-person locations on May 7, Mother’s Day Weekend, with a nationwide release to follow. The film, which premiered at DOC NYC last fall, has been described as a “love letter” from Regis to his mother, Rebecca Danigelis, a British immigrant living in Boston.

Danigelis worked for 50 years as a hotel housekeeper, but at the age of 75 she was fired from her job, in what Danigelis considered a clear case of ageism. Instead of being defeated by that turn of events, Regis came up with a plan.

“I want you to write out a list of all the things you could never do, kind of like a bucket list,” Regis tells his mom in the film, “and I want to do them.”

Rebecca’s list included an array of action items: “Join Instagram,” “Take a Hip-Hop Class,” and “Milk a cow,” and a few things with a more ambitious flair, like strapping on a parachute pack and jumping out of an airplane.

“I couldn’t get my mom a job,” Regis explains in Duty Free, “but what I could do is tell her story.”

That story “reveals the compromises and injustices placed on single mothers,” according to a statement, “the persistence of sexism and ageism, and the difficult dance of duty and freedom where older and younger generations come together.”

IFC plans a preview engagement of the film at the IFC Theater in New York from April 30 through May 7. Duty Free is directed and produced by Regis and produced by Meredith Chin.