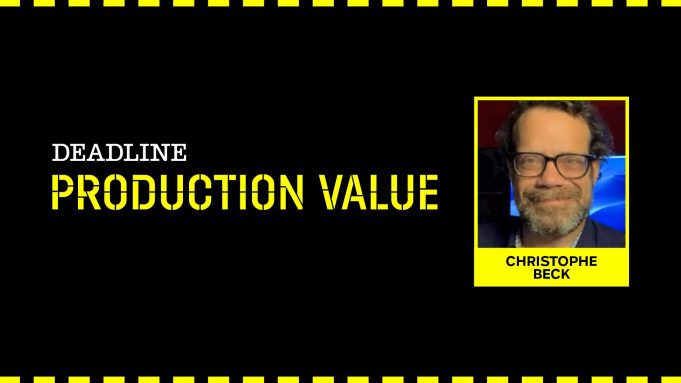 On WandaVision, composer Christophe Beck was tasked with crafting music for two distinct worlds, and finding ways to bridge the gap between them.

The first was a “sitcom world,” requiring him to pen “loving, faithful, and authentic homages” to classic series, from the 1950s through the 2000s.

For the latter, which he describes as the “outside world,” he would need to pen cues in the “contemporary” style associated with the “typical Marvel film.”

One of the most challenging aspects of Beck’s work was figuring out a musical approach to moments in which these two worlds collided. Ultimately, though, he and director Matt Shakman found their way through them through “a lot of experimentation, and a lot of communication.”

The resulting score, bridging these two worlds, is one that Beck calls his “most strongly thematic” to date.

WandaVision is a genre-bending series created for Disney+ by Jac Schaeffer, which picks up weeks after the events of Avengers: Endgame. It centers on Wanda (Elizabeth Olsen) and Vision (Paul Bettany), two super-powered beings living their ideal suburban lives in the town of Westview, New Jersey, who begin to suspect that everything is not as it seems.

For Beck, the “juiciest” creative opportunities presented by WandaVision came in the realm of more traditional MCU scoring. While he came to the project with knowledge of television, from the ’70s through the ’90s, which informed his work on the sitcom side, he brought “specialist” Alex Kovacs on board to spearhead the creation of music from earlier decades.

The composer understood Marvel music well, having previously scored Ant-Man and its sequel, Ant-Man and the Wasp. But in the latest installment of Deadline’s Production Value video series, he notes that what most prepared him for this show, of such emotional and stylistic range, was his experience working on big-screen comedies.

“My first big feature film hit was Bring It On, the cheerleading comedy, which I think enjoyed its 20th anniversary not too long ago. As is pretty typical in this industry, your first hit kind of defines you, and I ended up working in the comedy genre for many, many years,” he says. “One of the things about comedy is, you, as a composer, need to…be ready for anything—any kind of style, any kind of approach to writing—and that made me very versatile.”

An Emmy winner most recently nominated for his work on WandaVision, Beck was introduced to music via piano lessons at the age of five. His brother, the pianist and songwriter Chilly Gonzales, was “the other very musical person” in his family. “We grew up making music together,” Beck shares, “first being in bands together, then being in bands competing against each other, and eventually writing full-length musicals together.”

The composer grew up in the ’80s, and was inspired early on by the music of Styx, Depeche Mode, and New Order. “These are the bands that really formed my sense of phrasing and melody,” he says. “In fact, not too long ago, I went to go see Depeche Mode at the Hollywood Bowl, and I felt like I needed to take a cold shower afterwards because the stuff I was hearing really took me back and made me realize just how strong of an influence their melodic sensibility was on my writing to this day.”

After graduating high school, Beck enrolled at Yale as a computer science major, pressured to go down this path by parents who “weren’t confident” that he could make a living in music. But after “almost failing out of school,” he was able to convince his parents to let him pursue what he really loved.

Beck was introduced to film and TV scoring while attending USC, studying there under Jerry Goldsmith. From the Oscar-winning composer, he learned lessons that stuck with him about “the value of economy” in composing—about “the importance of coming up with a simple, central theme that can serve as the basis for an entire film score, regardless of what type of piece you’re talking about.

“He could write a love theme, and then take some notes of that love theme and develop them into an action piece—a very intense, scary chase scene, for example,” Beck recalls. “His ability to take a few strong, central ideas and spin them out into an entire score, I believe was Beethovenian in its efficiency and the skill that he brought to it.”

During his time at USC, Beck found his first TV job, “ghostwriting for another composer” on the low-budget Canadian series, White Fang. “I remember being up all night to finish a couple of minutes of music for this show, and then [going and doing] my classes the next day,” he says, “and eventually, that led to me being handed the show on my own for another season.”

Beck later found his big break on Buffy the Vampire Slayer, the beloved supernatural series from The WB, which he joined in Season 2. “The show…was an incredible training ground,” he says. “Each show was treated like a mini feature film. The themes in the show…really allowed for an incredibly cinematic palette, musically.”

What Beck loves about the work he does is “moments where there is an often accidental, but ultimately perfect-feeling marriage” of music and storytelling.

“It’s intoxicating and magical,” he says. “Those are the moments I live for.”

Check out our entire conversation with the composer above.