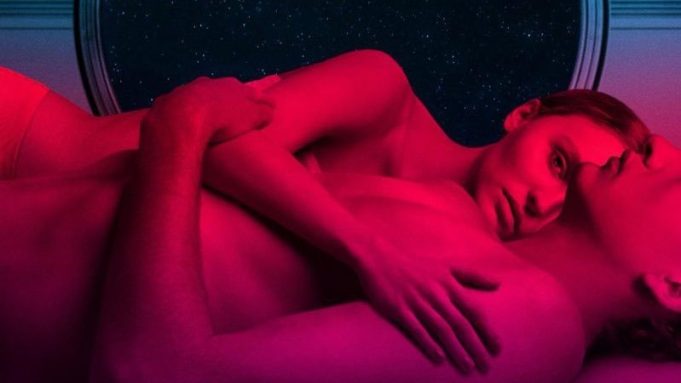 Here’s the trailer for Lionsgate’s sci-fi YA bacchanalia Voyagers from filmmaker Neil Burger; a movie about a space crew, who as an experiment, gets drugged. And we’re not talking cold medicine.

From the looks of this trailer, the movie gives a whole new definition to gravity and air lock, with the intoxicated crew resorting to fighting and sex. It’s like Midsommar or Gaspar Noe’s Climax on a spaceship.

“Why have they all gone crazy?” asks Lily-Rose Depp. Crazy, indeed, and it will be delight to see how this crew, which cannot distinguish between paranoia and madness, lands this ship. Look out ocean!

If New York City builds up momentum at the box office this spring, with Los Angeles not far behind it, it will be interesting to see if this movie pops. Already, the under 25 set in tracking is primed to go to the movies after sitting through lockdown.